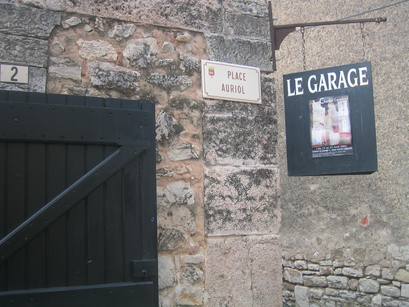 Expressions:
cuisiner quelqu'un = to give someone the third degree
cuisiner bien/mal = to be a good/bad cook

The policeman pulled up to our house, blocking our driveway with his bagnole.*

I studied the officer from my desk beneath the window, noting that he was in civilian clothing and driving a civilian car. I recognized him from my children's school, where he sometimes directs traffic. The forced smile was missing.

Instead of going outside, I went to get my husband. "There is a police officer out front," I said. Jean-Marc looked at me quizzically before I returned to the window to find the policeman now inching into the yard.

Next, I watched my husband approach the officer. Thirty-two seconds later arms were flailing, jaws were clapping, and many furtive glances were shot to the new annex in the back yard.

The men stood ant-like beneath the cypress tree, nose-to-nose, communicating as only French men can. When the aerobic gesturing ceased, the conversationalists stormed toward the garage, stomping past the sleepy lavender patch, and out of view.

I sat at my computer chewing on a few Belgian chocolates that Jean-Marc had brought back from his recent trip north, waiting nervously for the men to return to view. When they did cross the threshold, back into my window frame, I sat up to witness more wagging tongues, more jumping-jack arms. Finally, the policeman got into his car and sped off.  "That's it," I thought. "They're going to sabotage the garage!"

We had just built the annex, careful to respect the neighborhood norms: that the building be 4 meters from the fence on either side, and no larger than 20 square meters.

"I think it was a neighbor who called the police," Jean-Marc said.
"No!"
"De toute façon,* I'll know soon."
"How will you know?"
"Je vais cuisiner le policier."
"You're going to cook the policeman?"

That does not have a legal ring to it. But "grill" does.

To read more stories about this French life, click on the book cover below: 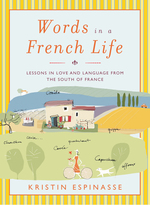