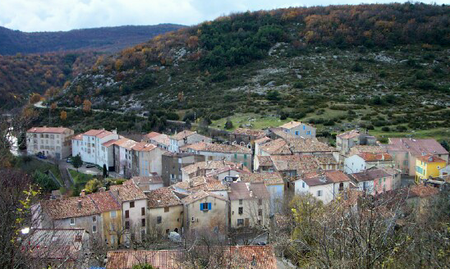 French Proverb:
Il y a un temps pour s'en aller et prendre congé.
There is a time to go away and to take a break.

On Wednesday I received an email from Jacqueline, the French blogger behind the website Cuisine et Compagnie. Touché!--she has tagged me to participate in a questionnaire or "meme". The famous question, one which began in English, was translated to French and is now making the rounds among many a food blog--both French and English--is:

"Name five foods, dishes or otherwise, that were a part of your childhood, and that you sometimes miss when nostalgia gets to you..."

1. Bologna sandwiches:
I loved the way the soft, bleached bread stuck to the roof of my mouth. I miss the crunch of iceberg lettuce (something I cannot find in France). Mostly, I miss that my sister used to make them for me. She still makes me sandwiches when I visit, only the bread's now brown and the bologna's been bumped (for smoked ham or turkey).

2. Soft shell tacos:
Mom would dice tomatoes and avocados, slice green onions and black olives, grate cheddar cheese and put out a tub of sour cream and a jar of picante sauce. Next she would sizzle the corn tortillas in vegetable oil to soften the shells after frying the spicy ground round. We built our tacos with the chopped, sliced and sizzled ingredients until they became foldable as an over-packed valise.

3. Red Vines: those cherry-flavored licorice twists
Hidden under a pile of blankets on the floorboard of my mom's '68 Camaro, I'd hold my breath as we motored past the cashier, tires crunching over the gravel parking lot on our way to find a parking space before the giant outdoor screen. Next, mom would throw a blanket across the Chevy's hood and my sister and I would hoist ourselves up and begin passing red vines back and forth while chewing to the likes of the seventies blockbuster, Jaws.

4. My mom's carrot cake:
...for the one-inch thick cream-cheese-based icing with pecans atop the moist, carrot-flecked spicy cake. I'll never be able to reconstruct this childhood favorite as cream cheese (of the Philadelphia sort) is impossible to find here in the Var.

5. Shirley Temple:
Perhaps the first clue that my future would be French: the grenadine syrup in my favorite childhood drink. I can still feel the firm maraschino cherry between my back teeth--crush! Ahhh... This last childhood favorite is the bridge between past and present, between America and France, in that its ingredients are only a hop, skip and slurp away.

Now I am to tag four other bloggers (who are not obligated to participate!). Voyons... Let's see... How about Laura at Cucina Testa Rossa, Vivi at Dispatches from France, Auntie M at A Day in Paris, and Jean-Marc at French wine a day.

If you are tagged, here's how to proceed: Remove the blog in the #1 slot from the following list and move the other blogs up one place; add your blog's name in the #5 spot; link to each of the other blogs for the desired cross-pollination effect.