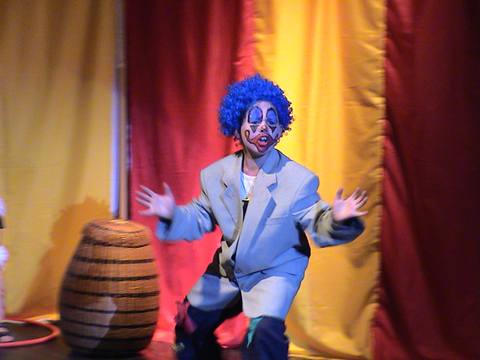 In books: A Great Improvisation : Franklin, France, and the Birth of America.

A Day in a French Life...
While I can count the number of American weddings I've attended on one main,* I'd need to borrow my children's sticky fingers to add up just how many French ceremonies I've witnessed.

I remember toasting at the American receptions, listening to tear-jerking speeches and arriving home well before midnight, having bid the newlyweds a good life together. While the French receptions unfold in a similar façon,* aside from the early to bed part (postnuptial parties in France extend well into the early morning hours...until two, three, four a.m....), it's what happens after midnight that sets the Gauls apart:  the gentle mocking of the couple-in-question via an amateur saynète* in which loved ones let their hair down at the expense of les mariés.* It seems the tradition is not lost on wedding receptions...

For Michel and Marianne's 40th wedding anniversary on Saturday, the skits began just past minuit.* Over sixty guests, éparpillés* across the lawn, put down fork and knife to turn their attention to the grassy stage. In the second sketch (a French interpretation of the Newlywed Game), Michel and Marianne's two sons and niece parodied the couple... When "Marianne" (interpreted by the niece) could not answer a question about her husband (played by Michel's son, Antoine), she asked if she could telephone her sister (interpreted by the real-life sister's son...). On cue, Philippe, in a floor-length gown, swept onto the stage, aspirateur* in hand. "Allo?" he said in a high-pitched flowery voice. While answering "Marianne's," question, he obsessively cleaned the environs, vacuuming the fig tree, the tables, the pelouse* beneath the spectators' feet. The audience roared at Philippe's interpretation of the clean-freak sister, dear to them all, despite her idiosyncrasies.

As I held my stomach, my eyes teared up from the parody, I couldn't help wondering which of our own nagging personality traits our kids might one day expose in a similar farce. For their French father, it might be his lifelong back-to-nature quest, beautifully symbolized in one precise object: his homemade mop-spear -- which at once hints of his joy for do-it-yourself, and his simple "have mop-spear will travel" philosophy (never mind a spare shirt or even toothpaste, the point of travel/life is immersion, everything else is ornamental to the spirit).

I can just see Jean-Marc (played by our son, Max) bounding across the stage with the headless mop -- the one he rigged a fork to in order to spear sea oursins* during our two day trip to the island of Porquerolles. "Ready, chérie?"* And I can see my future self (played by our daughter, Jackie) standing next to a small (if bulging) suitcase, formerly self-pleased (deluded) at the thought of how simple I had become, only to be outdone by the mop man.

Listen to Jean-Marc's sentence: "On a bien rigolé pendant la saynète." We had a good laugh during the sketch.: Download saynte4.wav

Related book: Pronounce It Perfectly in French with Audio CDs