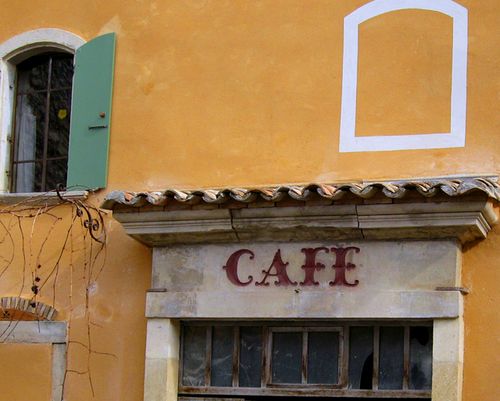 In the café littéraire meet-ups of yesteryear, old establishments like this may have welcomed book lovers.

When Robin invited me to Paris to speak at her book salon my first thought was No. I can't.

It was a reaction that made very little sense given that my big dream in life was to one day experience an historical tradition: le café littéraire. And here was the chance! A longtime reader and supporter was not only inviting me to one--she wanted me to be a guest speaker!

It was not the first time opportunity knocked on my door. A few years ago I had the chance to speak at Karen Fawcett's--in her beautiful salon overlooking Paris. That event, in which I sat cross-legged on the floor eating a home-cooked meal and chatting with journalists and authors (including Cara Black!), was a stepping stone. So how is it that when another stepping stone appears, I sometimes want to stay put?

I'm laughing now realizing I'm not the only one to stay put. I am finally at Robin's, on rue Cherche Midi, waiting for the first guests to arrive. Only they're in limbo too! The ascenseur appears to be broken and they can't make it up to the 6th floor!

A few minutes later the couple appears, faces glowing from their trek up several flights! The initial thought of climbing six flights was daunting, but now they're at the party. And, so, metaphorically, am I! 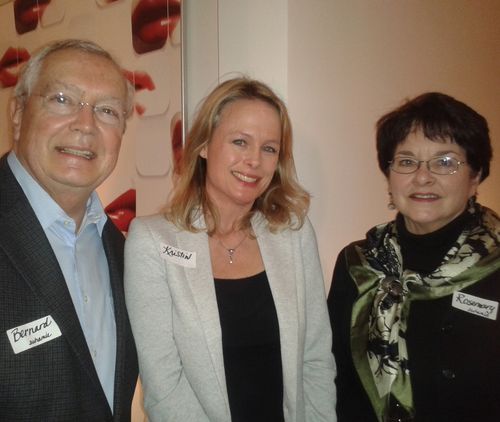 By now the elevator is working and invités are pouring in, along with fellow guest-speaker Ann Mah. I begin to wonder about two things: will everyone fit and will there be a chance to have a meaningful conversation with each guest?

The first question has already been thought out by Robin's husband John. He googled it: "stand up reception how many people can fit into 4 X 6 meters?" Sure enough, there's elbow room for everyone!

As for meaningful conversations, I notice there are many unfamiliar faces. Which were friends of Robin's? Friends of Ann's? Or readers of my blog? Should I just march right up and introduce myself? (And come off as cheesy as a used-car seller?) (Note: nothing against used-car sellers!)

Once at a booksigning in New York I tried circling the room, intent on thanking each person for coming out to the event. The next morning I received a vitriolic email from a guest who had hired a babysitter and driven all the way to the event--only to be "ignored" by the author!

Looking around Robin's apartment, now full to the brim with guests, a variation of "speed-dating" seemed a good solution this time! All we needed was a bell to keep things moving along--and wouldn't you know one manifested that very instant!

Only the chime I had just heard was the call of Robin's voice....

"Thank you everyone for coming! I would now like to introduce you to our speakers!" 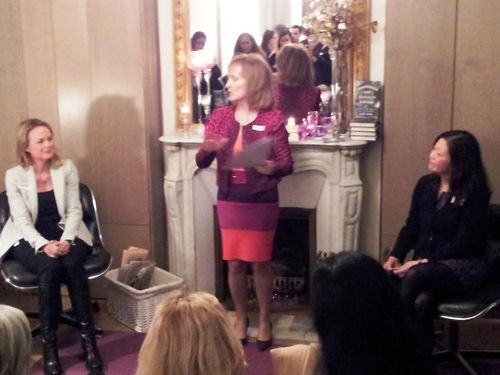 No time for speed-dating, we needed to high-tail it over to those chairs beside the fireplace!

Ann and I sat wringing our hands during the introduction, but our presenter put us at ease. We listened as Robin shared the story of a chance meeting and a growing friendship.

Robin told about the day I received an unexpected email from Simon and Schuster. I remember nearly falling out of my chair the moment I checked my inbox. Soon after I would learn about Ann Mah--the then journalist from Beijing who had discovered my blog and sent a link to the New York publishing house! That was in 2005. Ann and I have been getting to know each other ever since. And reading Ann's latest book Mastering The Art of French Eating, I've learned even more about my down-to-earth friend (who knew this food journalist's favorite comfort food is toast?!).

Before Ann and I spoke to the audience, Robin took the time to acknowledge some of the others in attendance, many of whom had helped her realize her own dream of coming to France. Adrian Leeds, Karen Fawcett, Ann and Kirk Woodyard, Heather Stimmler-Hall, Janet Skeslien Charles, Marjorie Williams, Victoria Ferauge, Katia Grimmer-Laversanne, Meredith Mullins, Brian Spence, Mary Winston Nicklin of France Today -- the journalist, bloggers, and writers and bookstore owner all contribute to our crush on France. 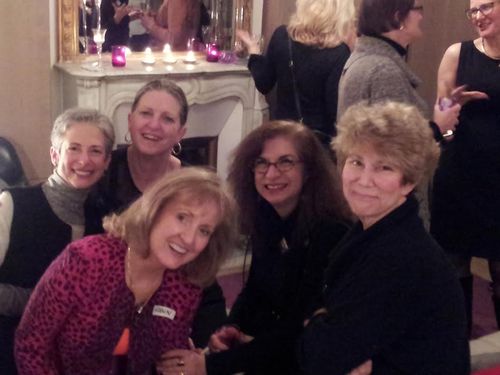 Pictured left to right: Marjorie, Anne, Robin, Adrian, and Karen. Thanks to Anne's husband, Kirk Woodyard, for taking many of these photos!

I could relate to what Robin was saying when she told the audience she could pinch herself, being here in Paris surrounded by a community of writers. I fel