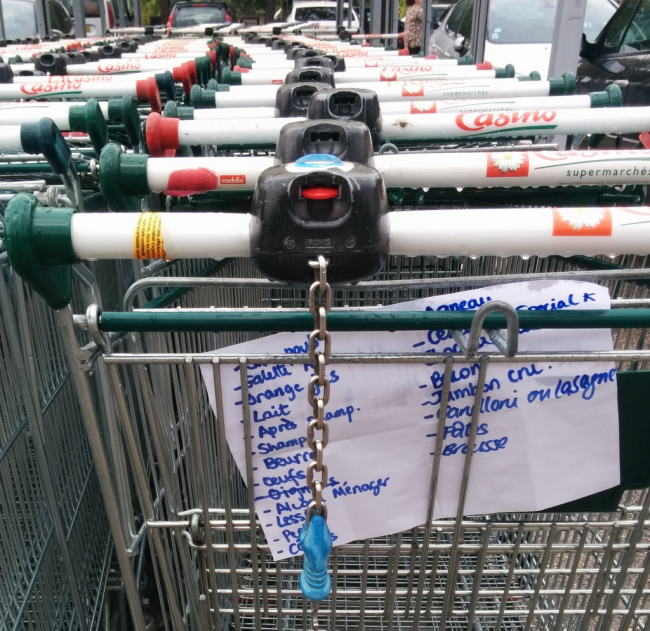 brancher une nana = to hit on a girl

CLICK HERE to listen to the following example sentence

Get the best-selling Kindle and lose yourself in a good book.


A DAY IN A FRENCH LIFE


While putting away groceries I reached for an item my husband had requested--pleased to have brought back the right ones. "Found you some rasoirs," I shouted to the man two rooms down. "A nice man helped me...." I smiled to myself as I put away the rest of the groceries. Such plaisanterie is healthy in a marriage, n'est-ce pas?

This time I snickered, remembering what a French woman told me two years ago, "At your age, you should be grateful your husband is still so attracted to you." Her comment made me feel so....unsexy, unadventurious and perhaps even undeserving? I have heard a similar statement from American women, a generalized idea that at this age, we should be grateful for a man's attention.

Earlier, back at the grocery store, such words came to mind as I stood before the men's razor display, suspicious of the stranger who'd begun talking to me. Busy wondering "is this guy hitting on me?" a more humbling and sarcastic thought startled me: "Ha! At your age!" It immediately silenced my Inner Hot Mama, who gets stuffed deeper and deeper into the psyche--the more I listen to the media and certain women.

"Oui. Pour mon mari," Yes, for my husband, I pointed out.

"Does he have soft or coarse hairs?" the man replied in English, with a thick French accent. His question set me back.

After all these years I should know whether my husband has soft or coarse whiskers! In a guilty panic I studied the stranger's stubble (a.k.a. la barbe de trois jours).

"Here, these should be good for a man on vacation," he said, handing me a 6-pack of "Wilkinson Swords."

Vacation? He thinks I'm a tourist. I did not correct him. Instead I said Merci, c'est vraiment gentil and, as he walked off, I thought of how absurd it was to have confused a pick-up artist with a good samaritan. The ego is a funny thing. One minute it's a Hot Mama, the next it tells itself it should be so grateful, at one's age, for even being noticed at all.

When Mr Two-Rooms-Down came into the kitchen, I touched his stubbly face. "What kind of whiskers do you have?" I said, handing him his razors. "Soft or course?"

"Je ne sais pas," he mumbled, pulling me close and planting a kiss of my middle-aged lips. Whatever the mainstream says, I will always be a hot mama in his heart. And for that I'm grateful. 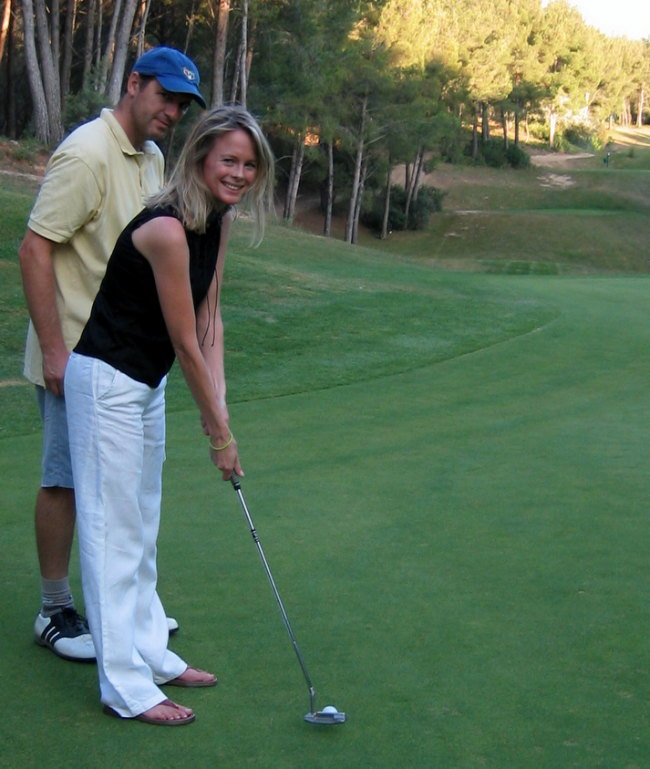 Photo taken in 2005 or so.  Jean-Marc pausing from his game to let me try out golf. 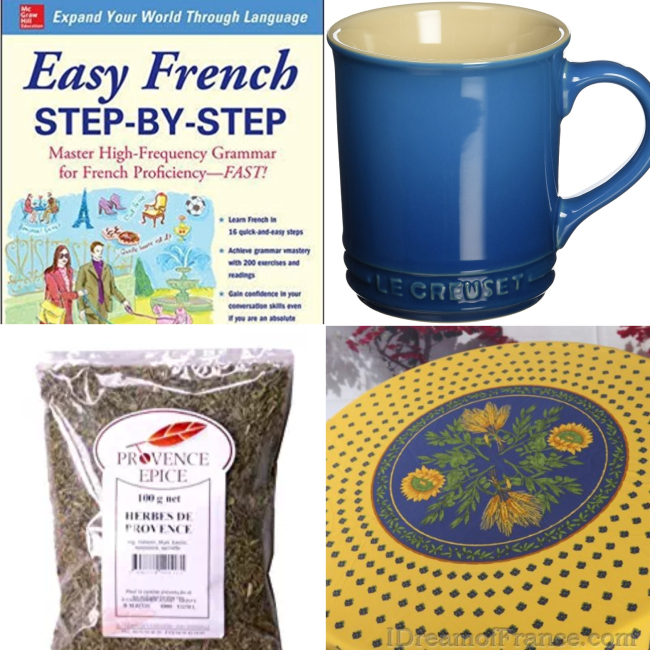 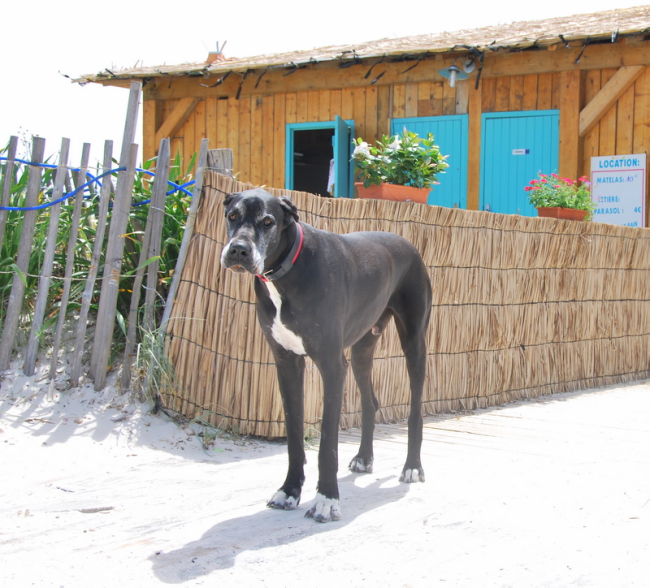 We all need attention and affection--something we get so much of when we're young. In the story Dorloter, observe a mother, grandmother and child on the beach in France.

Say "premier mai" and two thoughts will pop into the mind of a Frenchman...

Click here to listen to the following sentence in French

Muguet May: On May 1st, 1561, King Charles IX of France initiated this tradition: having received a strand of lily of the valley as a lucky charm, he decided to offer every year to the ladies of the court; It was at the beginning of the 20th century that this tradition coincided with that of the Labor Day, displacing the red rose, a symbol of the Left.


A DAY IN A FRENCH LIFE


Say the words "le premier mai" and two thoughts will pop into the mind of a Frenchman: la fête du travail and le muguet. The words evoke as much for me and, lately, just a little bit of irony. While the French are celebrating les réalisations des travailleurs or the achievements of workers, I am reflecting on a few failures....

Sometime last week I began thinking about the endearing French tradition of le muguet de mai--something you give somebody on May 1st. I tried to remember some of the times in which I offered (or was offered) a small bouquet of lily of the valley. I went on to think about one instance in which I planted the gift--the store-bought muguet--in hopes of giving it a second life...and this is when, unexpectedly, I came face to face with my mistake.

These memories were evoked as I walked behind our farmhouse to my jardin. This garden is also an orchard and is made up of three sections. Arriving to the top of the garden stairs (which run alongside of our mas) you reach the first plot made up of a cherry, a nectarine, and several agrume trees. (We only needed to clear back the tall reeds to plant those.)

In section two (formerly a field) Jean-Marc had four raised beds built for me. They have given me endless joy and it is a pleasure to be able to sit on the sides of the beds while harvesting celery, fraises, favas, raspberries, chickpeas and artichokes. 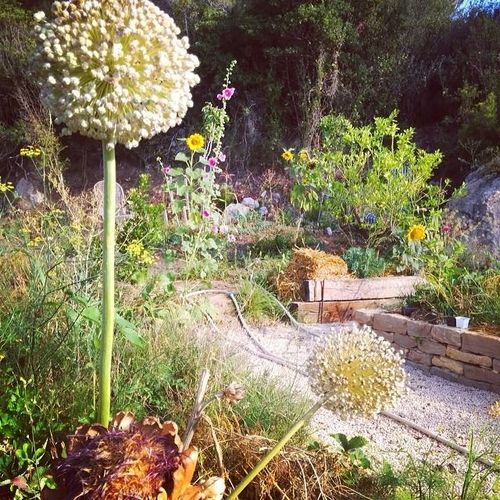 The final section used to be part of a pine forest. I remember, the first year we were here walking to its fragrant edge, kneeling down, and carefully planting the brin de muguet that my neighbor Annie had brought me the week before. I could just picture the little lily multiplying into a floor of convallaria majalis (I only just learned the scientific name while typing this sentence).

Today, scanning that triangular section of former forest I see a jungle made up of cardboard, old bed sheets, straw, and one dead avocado tree (the other is failing). The lumps and cardboard bumps along the former forest floor are no other that my attempts at permaculture. I had only wanted to tame the ground by adding a floor cover (the cardboard, cotton sheets--the straw that covered it would eventually break down, leaving pathways for me to navigate. I envisioned melons, pumpkins and any number of vegetable thriving along along the sides of the paths....

Today there are NO paths. The weeds are waist-high and the melons, if there ever were, were eaten by sangliers (who just last week dug up the Tahiti lime tree I bought in the hopes of offering my sure-to-be proud and impressed father a wedge for one of his favorite drinks (I can't even remember the name of which now).

I should have left the forest alone! Focused on the patches of exposed ground right outside my kitchen door! I could have kept things simple! Worked from the heart of the home outward (I would have never blazed a trail to the forest. There would have been enough to work as is!).

And it all may have begun with that lily! Who was I to think the forest could use a store-bought flower? A commercialized forest lily no less!

Today I am learning that the forest is forgiving. After kicking out the industrial lily it gave me the boot, too. And I watch with wonder as the forest floor emerges, growing up high enough to engulf all my errors. All sorts of wildflowers are returning, too. I won't need to go to the store to offer someone a flower today--une fleur sauvage will do the job on this--la fête du travail.

Dear Reader, as you celebrate your work (and as I will try to celebrate mine), remember not to add to it. Or, as a colleague told me long ago: Si ce n'est pas brisé, n'essayez pas de le réparer. If it is not broken, don't fix it! With that, I offer you a sprig of blue borage. After all, it's the season.


--
Post note: Today's story may have reminded you of Jean-Marc's Open Letter, regarding his own regrets--and how this led to the decision to sell our vineyard. Update: We are set to move to La Ciotat on July 28th--unless we do not manage to sell our farm (at this point, we are prepared to go either way, as Jean-Marc continues to recover, slowly but surely, from a very bad year). SABLET HOME- for high quality vacation rentals in the heart of Provence. Click here for photos and more details. 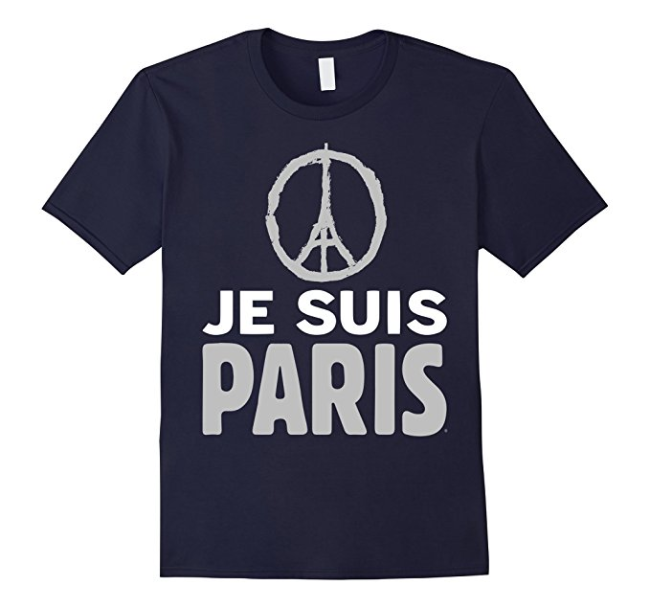 FRENCH KNIT REUSABLESHOPPING BAG - made and knit in France!

LAGUIOLE STEAK KNIVES are for sale in many of the local French market stands. 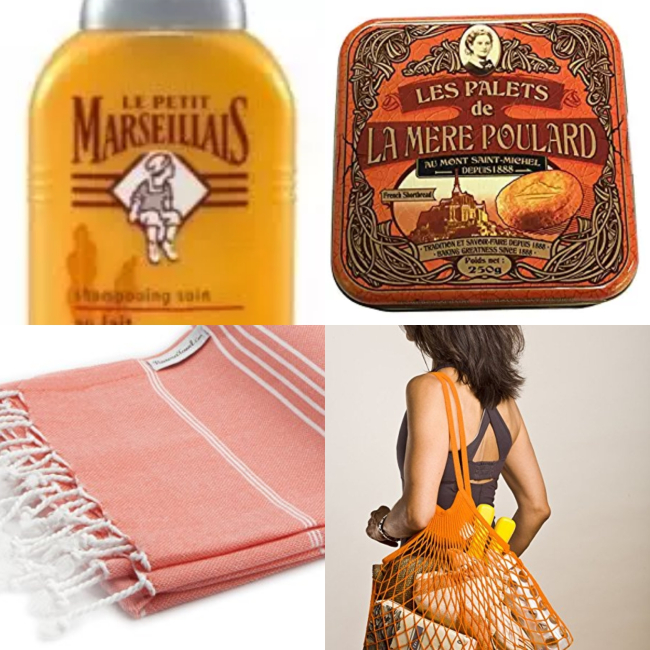