A little bar/restaurant in the bay of Locmaria, on the island of Groix.

Just off the coast of Brittany, on a small island habitée by Groisillons and teeming with French tourists on wobbly bicyclettes, there is a quaint port called Locmaria, where The Drunk Boat overlooks the bay at high tide (and low, for that matter, but for the purpose of this conte the marée shall be high, high as the curious individual bathing in its shallow waters)....

I can just hear his French words echoing across the sandy beach, translating themselves in midair before reaching The Drunk Boat bar on the boardwalk above, near to which a red-faced tourist stands hesitant. Red-faced, not because she is a native of the desert, which she is, but because her Frenchman (he who bathes in shallow waters) has been caught, once again, en flagrant délit with Dame Nature. Yes, caught red-handed (and mud-in-the-hand) as you will soon discover.

It isn't the first time he has been found courting La Dame; take him to the powdery depths of the canyon at Roussillon, and he'll brush red and yellow ochre across his stubbled face. "A tradition," he explains (the earth-smearing, not the stubble). Bring him to a crowded beach in his beloved Marseilles, and he will inhale the salty waters beyond (via a noisy nose gargle). "Good for the sinuses," he exclaims. Cart him off to the wild garrigue and he will begin chewing on the local herbs (good for the gums, I wonder?). Go where he may, and he will find a way to press the earth unto himself. He's Monsieur Nature.

Back at the bay in Locmaria, it is another day in Paradise for Monsieur Nature, who can be found applying mud—sloshing it on from neck to knee—only, he calls it vase (pronouncing it "vaz," as if a neat word would render his act less, well, filthy).

Standing knee-deep in the ocean, he scoops up the smelly vase, slops it on his arms and across his chest before a vigorous scrub-down, oblivious to the audience now gathering before him: there are the seagulls, beady eyes bulging, and the little crabs looking on, astonished, and even the mussels—clinging to a nearby rock—have opened their shells for a look-see. "Get a load of this," they clatter, their long, salmon-colored tongues wagging.

This, dear reader, is my mud-faced conjoint and that curious behavior of his, in a clamshell, is the difference between him and me; the difference, I now realize, between really living life and poetically lusting after it from the boardwalk above.

EDITS HERE PLEASE. Click the previous link to point out any typos or obvious ambiguities in this story. Thanks!
French Vocabulary 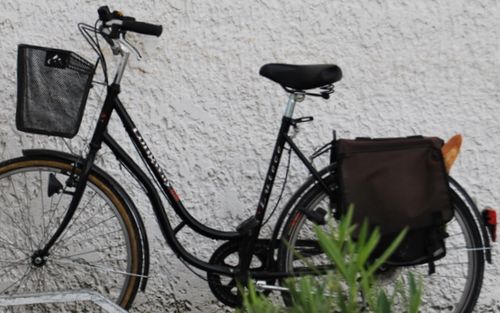 Missing a little French in your weekend? Love photos of France? Check out Cinéma Vérité.

Our son, Max, collecting mussels on the Island of Groix (Brittany).

"The Oysters of Locmariaquer," by Eleanor Clark, is a vivid account of the cultivation of Belon oysters and an excursion into the myths, legends, and rich, vibrant history of Brittany and its extraordinary people. Order it here.


Tous nous sommes faits d'une même argile, mais ce n'est pas le même moule.
We are all made of the same clay, but not the same mould. --Mexican proverb

Every since I was a freckle-faced gosse* and my Dad broke the news that nothing in life is free, I've secretly relished each and every exception to the money rule. Now that I'm grown up, and as I go about managing my own porte-monnaie,* I realize such exceptions eventually come at a price. Still, the child within me can't help but éclater* with joy each time she encounters a freebie.

By day ten in Brittany, and after so much slopping through the mud, Jean-Marc's skin shined from his own "vaz* therapy" and I must say that the inner child in me beamed as well, imagining just how much something like this would have cost in some 5-star spa. But unblemished skin--or appearance--ranks low on a child's list of Cool Freebees; appetite is everything. Discovering that we could eat for free and to our heart's content on the French island of Groix was akin to watching a trio of sevens line up at the casino in Monte Carlo.

At the port of Locmaria, Jean-Marc, Max, and Jackie hopped from rock to rocher* on their way out to hunt for moules,* the petrol-blue shells of which clung to a bed of rocks at low tide. While I admired the hard-shelled bouquets that lay across the ocean floor, the child within me shouted victory at another free meal for the taking; add those mussels to a steaming bath of olive oil and wild rosemary (pushing up like thorny weeds across the island, free as a prick in the finger) and we'd soon dine like gluttonous rois.* I slung a red net sack over my shoulder and followed my hungry clan out to sea.

With a child's conviction and a woman's caution, I searched for the biggest mussels, twisting them free one by one from their mother rock, before adding them to the growing stash in the red sack.

Back at our rental we sat around the table, pinching the salmon-colored meat from the shell, the latter steamed over the burner or fired open on the barbeque. Jean-Marc showed us the pinching technique whereby a newly-emptied mussel becomes the pincer-utensil (in place of a fork). The child in me rejoiced--not only was the food free, but so was the tableware! (Dad, are you reading this?!)