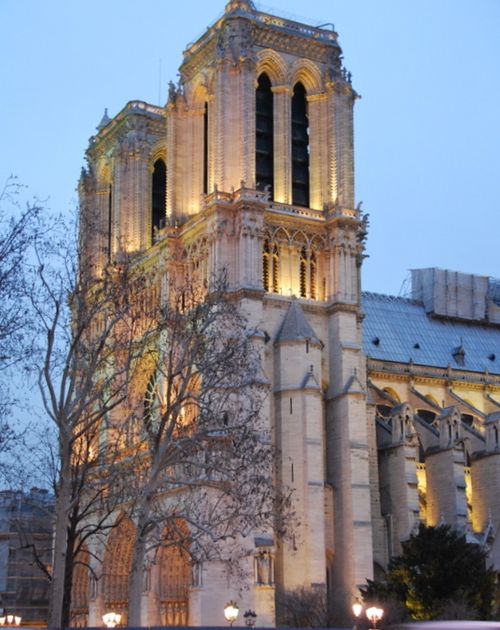 Shelter on a rainy day. Read on, in today's story.

to roam, wander, trail along 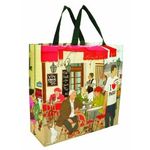 I Heart Paris Shopper: made of recycled material. A percentage of sales will support the nature conservancy. Order one here.

I have waited out the rain for two hours in a family run café along Boulevard de la Tour-Maubourg. Family run, if you consider the conical condition of the waitress (a pointy pouch predicates a boy, the French told me, when I was in the same condition as she. Three months later, Max was born, as if by symmetry).

Shouldn't she be resting instead of dashing to-and-fro, drying the raindrops that land in perpendicular plop-plop!-plops! on chairs which line the shoulder of the trottoir?

From my perch, beneath a glass awning, one step up from the flooding sidewalk, raindrops land on the tables, not far from my feet. I have been watching the locals, the vagabonds, the globe-trotters, and the tourists duck into door frames, eke out asylum under awnings, jump puddles, and dash for metro, just opposite, kitty-corner.

I study the darkened square en face. One side is lined with taxis. Out of the question. I will not take a taxi, the price of which represents one night in a youth hostel (single room: 40 euros, no bath, no toilet). I should know: I have been doing homework for my next périple through Paris. (Apropos youth hostels: one doesn't have to be a youth to be hostel, or to lodge in one.)

I stare at the hostile heavens. It is my turn. I must go, must quit entertaining thoughts of how to get the waitress to sit my bags. How she might be bribed—up to 10 euros (yes, it would be worth every centime to be freed of this weight)—to store the bag until my train leaves (at the end of the day...). But visibly, this won't work. I can tell by the way the produce arrives—lettuce, potatoes, céleri-rave, tomatoes—via a delivery truck. (The driver is drinking a complimentary café-au-lait at the bar). I watch the legumes being lowered, via an ascenseur that  just appeared, out of the floor, from beneath a large tile—next to where the driver is sipping his complimentary crème.  I stare as the lettuce bottoms out into the belly of the bar, disappearing into the basement below, where an invisible chef will labor in cramped quarters for the lunch crowd that arrives at noon.

Every nook and cranny of Paris is filled, by lettuce, a cook, by raindrops.... There is no place for my bag, not here anyway. Not in the 7th arrondissement. But what about the 12th? I will need to take the metro to the Gare de Lyon and search for a baggage sitter.... It is called une consigne isn't it? They do exist, don't they? I have another look at Paris Insider's Guide a free booklet that Clydette gave me. It is chock full of information, everything but where to store one's bags during that precarious  "in transit" time: neither here nor there, loaded down with a suitcase filled with books and sportswear... I might be ready for a marathon, but for the books. So many books!

I should call Robin, or Christine or Meredith or Janet or Penelope or Laurel... or Ann... they want to help. Why not let them? I have my doubts. Self-doubts.

Ann! I could go to the American Library. Hang out all day...

Loiterer! Espèce de vadrouilleuse! I look up and notice the pregnant waitress, who is quietly considering  me from behind the comptoir. It is time to press on. Liberate this perch for another self-conscious, soaking, stranger.

I pay for the tartine and the two crèmes.... Leave a tip for a college fund, never mind that the university is free. Maybe the unborn child will study aux états-unis? Next, I wait in the corner café until a light at the end of the crosswalk turns green at which point I travel, perpendicularly, like the rain, jaywalking across the intersection. Beyond, I see the cannons of the Invalides. The eyes at the end of their barrels are watching me.


They say that a writer is influenced by the stories she reads... I am re-reading and loving Good Morning Midnight. It is not for everyone... read the reviews first!

When you shop via any of the following links, you help to support this free language journal!

"No one who reads Good Morning, Midnight will ever forget it." -- New York Times

Sasha Jensen has returned to Paris, the city of both her happiest moments and her most desperate. Her past lies in wait for her in cafes, bars, and dress shops, blurring all distinctions between nightmare and reality. When she is picked up by a young man, she begins to feel that she is still capable of desires and emotions. Few encounters in fiction have been so brilliantly conceived, and few have come to a more unforgettable end. Order a copy here and read along with me! 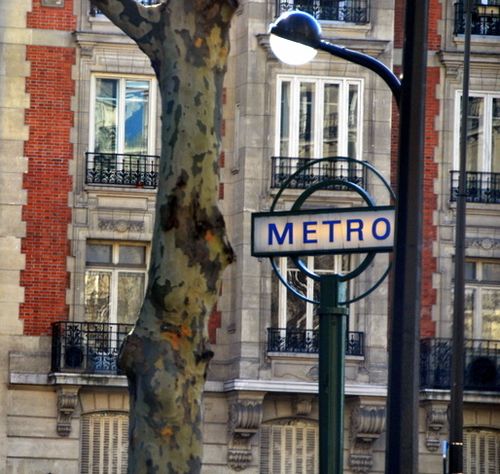 Smokey says: if you aren't going to show photos of me (because you are behind...), at least tell them that you saw a few golden retrievers in the metro, and how it scared you when they got so close to the danger line on the platform -- but not as much as it scared you when their non-seeing master followed close beside. Can we have a round of applause, now, for seeing-eyed dogs who deliver their charges safely over the worlds danger zones? 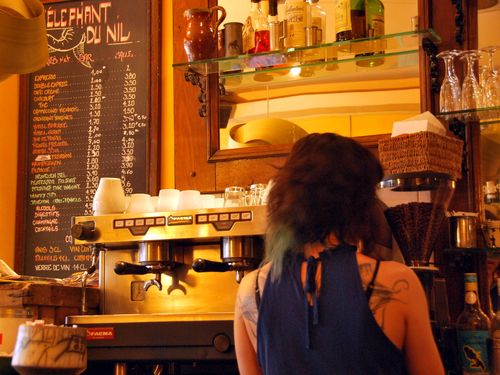 At L'éléphant du Nil (Marais, Metro St. Paul) I want to write wildly, tattooing words beneath the skin of sensibility until they tickle and touch.

Reading / Book-signing
I have told you about my amazing writing teacher, Sheila Kohler... and now some good news for those of you in Kansas... Sheila will be in Wichita, for a reading on July 7th at Watermark Books (7 p.m.). Do not miss her for the world. I am sure glad I didn't! 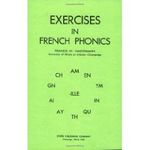 "Salut marmotte," Jean-Marc says, bounding through bedroom. Judging from the brightness of the light which filters in through the slats in the metal shutters, I can tell the time in French: début de l'après-midi.

"Tu dors toujours?" my husband questions, breezing by me.

As with hunger and eating, I feel the need to explain my sleeping. But if I am "une marmotte" when I sleep, does this make me une cochonne when I eat? He might say it but he doesn't, because this is not how he thinks. It is how I think. We think differently. (I always think I am the guilty party.)

It is half past three in the après-midi and I am curled up in bed, covered, despite the heat, with a robe and a sheet. I like the gown's reassuring softness and am willing to sweat for it. Surrounding me like a halo are books written by the writers at the conference I've just attended:  "The Children of Pithiviers,"  "Kitchen Chinese," "Moonlight in Odessa," "Sorbonne Confidential," "Slave Hunter: One Man's Global Quest to Free Victims of Human Trafficking" and "Design Flaws of the Human Condition."

Jean-Marc walks back across the room, causing each plank of wood to cry out the moment he lifts his foot. With each creak, the delicious depths of sleep retreat until I reach the sober surface of sommeil. I am now wide wake.

Barefooted and clad only in swim trunks (it is too hot for clothing), my busy-bodied better half is mumbling something about cards... cartes de visite. He had collected a stack of them from the grenache symposium last week. Have I seen them anywhere?

A grape symposium? The idea tickles me and I wonder whether some take grapes too seriously? Then why not give serious attention to siesting? Why not a catnap conference? Why not now?

And now, with lightness, in good conscience, and in peace, I can return to the guilty pleasure of sleep, when out the door my husbands walks, creak, creak, creak. 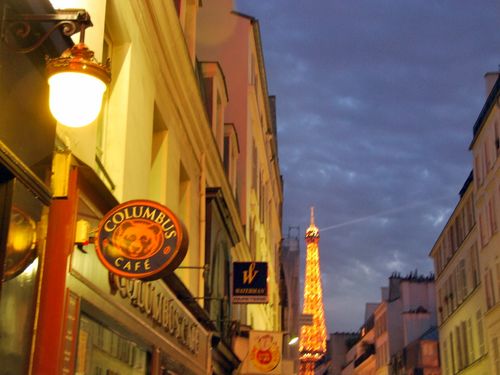 Along Rue Saint Dominique, in the 7th (a.k.a. "Little America")

I Heart ParisShopper: made of recycled material 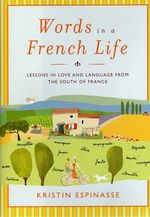 Blogger Espinasse has taken a step backward in the evolution of media by converting selected contents of her Web log into a book. Beginning students of conversational French will profit from many of these brief entries, and supplemental tables of expressions go far to demystify French idioms for anyone wishing to speak and write more fluent French. —Booklist

Got Nintendo? Playing My French Coach for 15 to 20 minutes a day is all you need to become fluent in French