vouloir dire & what does "Tanguy syndrome" mean in French? 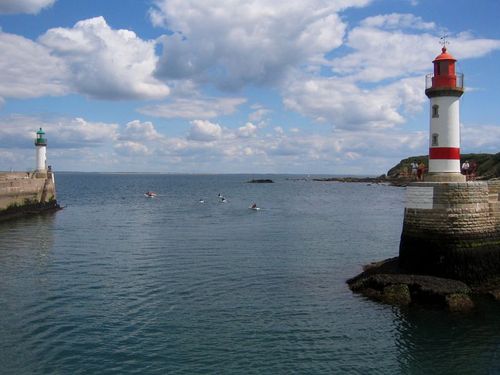 My computer is still in the fix-it shop. Sorry to not be able to add the usual audio/sound feature. It'll be back soon -- in time to bring you more authentic pronunciations from Jean-Marc. Don't you love his voice? (photo of lighthouses in Brittany. A little tiny more about Brittany--or the Breton language--in today's column, where we talk about the name "Tanguy" and much much more...)

Were you a Twixter or a Kidult?

In the car on our way back to Castorama (this time for garden supplies--yeah!) I listened to a telephone conversation between Jean-Marc and the ferronnier. The men were talking about a large glass fenêtre we hope to incorporate into the front of our house.

After Jean-Marc described the squares-and-iron type of window, the ferronnier said he understood the style we were after: atelier d'artiste he called it. That should be possible to do, he assured us, only he had another question. Unable to remember what it was he searched his mind:

As Jean-Marc continued driving and chatting with the artisan, I made a mental note to share the qu'est-ce que je voulais dire expression with you as it is something I hear so often. Perhaps it is not so much an expression as it is a very common conjugation of the verb vouloir dire which means "to want to say" among other things. The French say this at the end of a back and forth conversation when getting distracted from a follow-up point (or, I have sometimes noted, to soften the blow--as when my son says: "...qu'est-ce que je voulais dire? Oh yes, can you give me 10 euros please?)

Moochers aside--and changing subjects completely now--there was indeed something I wanted to tell you today. It was about another expression I learned....

After Monday's story about the pirates who moved onto our olive farm, Alyssa wrote in wanting to know the meaning of the French name "Tanguy". Did it mean "tan guy"? (I had to chuckle, having never made the obvious connection). Alyssa, I've just looked up "Tanguy" and learned it is of Celtic origin, from the Breton tan (fire) and ki (dog). Tanguy signifies a chien ardent or dog warrior. Wikipedia goes on to say that, since 1940, 14,617 Frenchman have been baptised by this name.

Next I saw Sarah's note in the comments box. Sarah wondered whether Tanguy was pronounced tanh-ghee . (Yes Sarah--tahn, like tonsil and ghee, like geek: tahn-ghee. Note: our Tanguy is far from one of those!)

All this to say that from that discussion I googled the name and learned a funny and popular modern expression. Urban Dictionary gives this definition:

Tanguy syndrome is an emerging phenomenon across the world that started in Canada....  It takes its name from a French-speaking film's young male character who spends his days at his parents' tanning, not working at the ripe old age of 28!

"Waithood"
Surfing the net for Tanguy, I also learned some funny vocabulary like les célebataires parasites, a term coined by Masahiro Yamada to describe a recent trend in Japonese society wherein twenty-somethings (25 and older) are not marrying--prefering to live with their parents and enjoy a worry-free and comfortable life.

And I learned we have a similar expression in English: boomerang generation, used to describe young people who leave the nest... only to return soonafter! These "rejeuveniles" or "twixters" or "kidults" or even "kippers" (kids in parents' pockets eroding retirement savings) as they are called may repeat the process a few times. (I admit I'm one of those having returned to both my mom's house once and my dad's house twice! And does moving in with one's sister count too? Yikes! I was one of those "parasite singles"!)

Bon, between artist's windows and parasitic bachelors today's essay got all off topic! I'll sign off with a question, as I'm curious to know about how YOU left the family nest:

Thanks for sharing your answers here in the comments box. After writing about my life it is a pleasure to read about yours! Click here to read what readers are saying.

Re that window we hope to build: I found a perfect example in this post at Lynn's Southern Fried French blog. Look at the second picture, with the cat! We love the window seat, too!

un artisan = skilled workman, tradesman, craftsman (just add an "e" to the end of artisan(e) to make all these feminine)

How to properly pronounce French words? Read this inexpensive book! 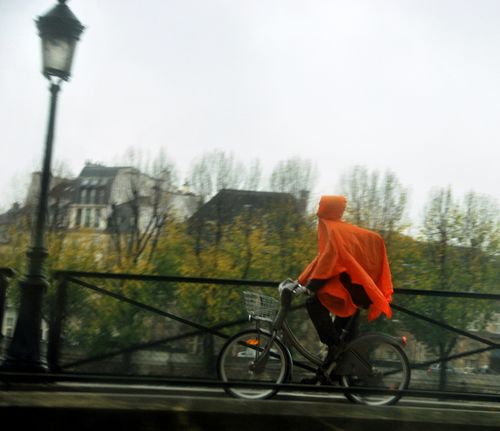 127 Things to do in Paris! Thanks for continuing to share your excellent tips on where to go and what to see in France's most beloved city. Click here to see the latest suggestions.

Pronounce It Perfectly in French - with exercises in sound discrimination and accurate sound creation. Order your copy here.

Thanks for forwarding this edition to a friend or twixter or kipster or just a cool or well-meaning homebody.