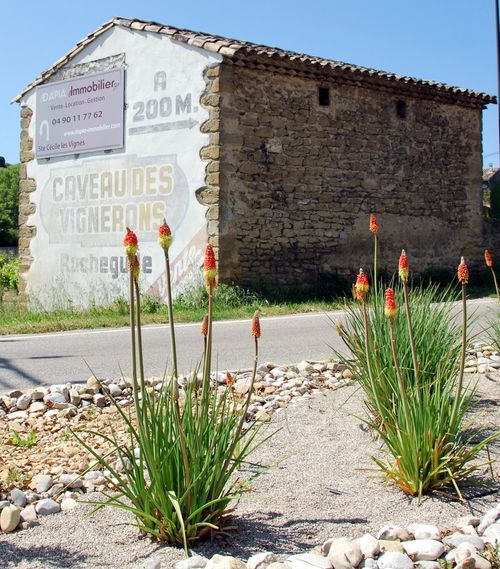 Panneau de publicité. An advertising signboard placed on an old cabanon. Click here to comment. To skip the debate, you might talk about the pretty flowers instead :-)

Over a week ago that I wrote about 17-year-old Max's stint in French basic military training. At the end of the story, I ventured to note that Part 2 and Part 3 would follow... Mon oeil! Mon oeil! they would!

I thought I had learned my lesson about announcing story follow-ups, having discovered how any number of calamities can pop up in between (namely, lack of steam!)—only to make a struggling writer regret her best intentions!

“No more ‘to be continueds’! And no more multi-part stories'!” I’ve cried on occasions in which inspiration deflated almost as soon as the story suites, or follow-ups, were promised! But this time it isn’t want of inspiration, but lack of permission that has foiled the delivery of Part 2 and Part 3 of the ambitious Military Trilogy!

It was while picking Max's brains for details in which to build “Part 2” that my son looked at me alarmedly: "Mom, those are French military secrets! You can't share them with anyone!"

Il va sans dire, or goes without saying, that this killed la suite--and maybe even Part 3 of the not yet celebrated Trilogie Militaire! (Might as well forget “The Laundry Scene”! Saperlipopette! I wouldn't want to spill the soap! I never realized that something as banal as sorting military T-shirts and briefs—and then innocently blogging about the chore—might compromise La France!)

No, this was no laughing matter. A country’s security was at risk (I refrained from questioning Max about the likelihood of top military secrets being doled out to a troop of skinny 16-year-old volunteers. These kids were, after all, being wooed by the French government, they were not yet being entrusted with top secret info. But it would have made light of the sincere and hard work that my son had carried out, this far, had I poked fun at any part of what was, ultimately, a serious military formation. Max was right, ce n’était pas de la rigolade! What's more (should any powers that be be reading...) Max could certainly be trusted to zip his lip!)

“But what about the part about becoming invisible? Can I share that bit?” I persevered, hoping to write Part Deux.

“But you didn’t even tell me how you manage to disappear so it’s not like I’d be sharing step-by-step instructions or anything,” I argued.

“OK, well then can I tell them about the see in the dark stuff?—that’s so cool to be able to see when it’s pitch black out—never mind everything’s seen in green!”

"You can share that," Max agreed, after all most armies had night vision equipment, didn't they? or some version of it—even if that amounted to no more than the bright shining lune.

So there is hope, yet, for Part 2 of the Fabulous Military Triliogy! Now to finish the laundry... housework always jogs my imagination, now if it would only jog my pen!

A suivre... (Oh, brother, there we go again. Promises, promises!)

Book Update: I hope to have another chapter for our red-penners, or voluntary readers, very soon! Thanks for sticking with me and for your patience and encouragements, which are always needed! (A little about these publishing projects here.) 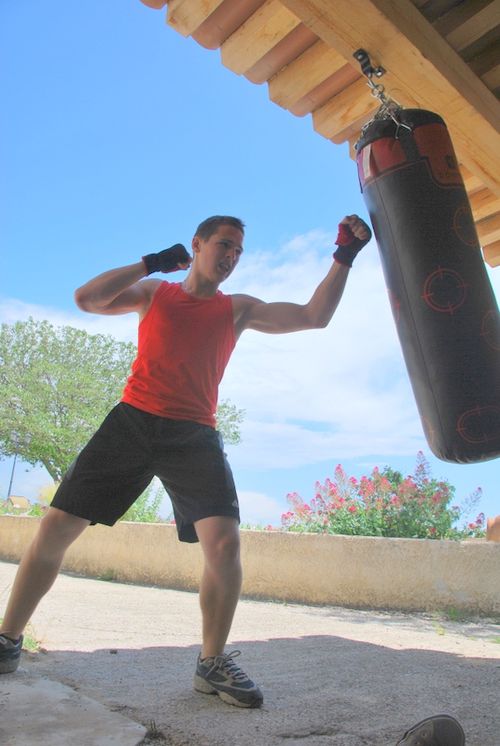 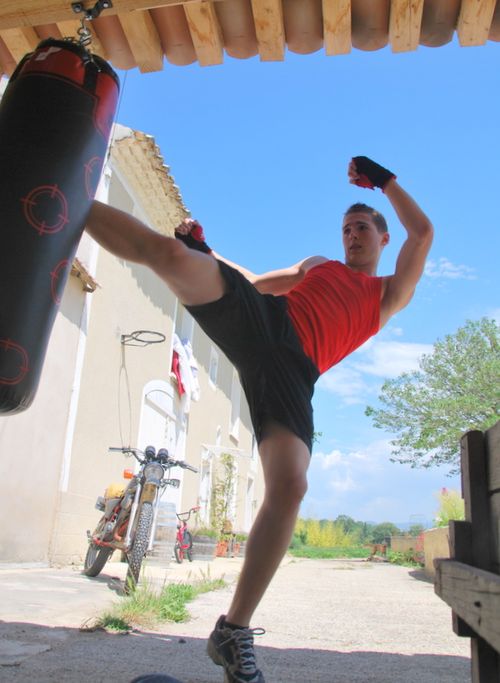 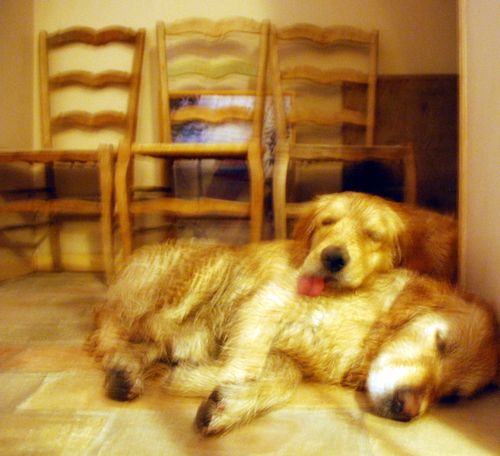 Smokey: Ma, How do you say "blurry" in French.

Mama Braise: la langue* is a mystère. Now pull yours in! 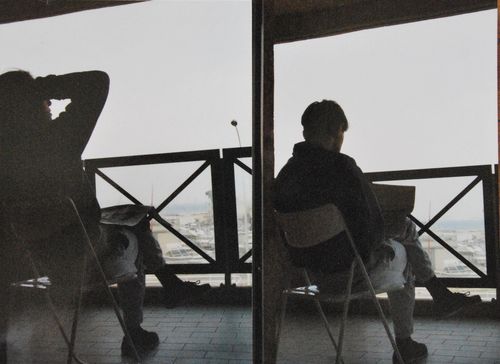 Le Point Rouge, in Marseilles. Nothing to do with today's story, these are photos I took in '92, when I moved to Marseilles to live with this young accountant. Turns out Jean-Marc wasn't cut out for office work (an outdoors type, he is). Today, a story about our son, Max. Just what is he cut out for? P.S. Max turns 17 on May 17th. The next post will go out on Friday. See you then!

A DAY IN A FRENCH LIFE.. by Kristin Espinasse

We Want You!: The French air force woos our 16-year-old

Week before last I picked up our son from military-training camp. Parked at the local base aérienne, I got out of my car to wait with the other families who were standing around the entrance. I was hoping to strike up a conversation with another mom or dad to learn how their son or daughter came to sign up for the FMIR, or la formation militaire initiale de réserviste. Were some of the parents as reluctant as I had been to allow their child's participation?

...and whose idea had it been to sign up for the reserves—the child's or the parent's? Chez nous it was 16-year-old Max's idea. As required by law, he had signed up for his recensement militaire (story & pictures here), or military registration. At that time he was given the information, I believe, for the FMIR training. He was told he could earn 1500 euros this summer should he be strong enough, physically and emotionally, to complete the 4-week training course. Such a challenge was just too tempting for Max, who showed unprecedented patience in putting together his dossier d'inscription: he scheduled his visite médicale, completed all the bureaucratic paperwork and noted in his calendar the various rendez-vous, including the two-week training camp that would take place during vacances de Pâques.

Still, I had my doubts. And besides, if he wanted to earn cash, surely we could arrange that here at home, where there were vines to care for, a wine cellar to keep clean and orderly, cars to wash, and a lawn that needed mowing. But the truth was, Max wasn't motivated by money, but by a desire to defend his countrymen. Though his impulse was selfless, I thought about his lacking of a larger awareness. He was only 16, what did he know about life and liberty? To be fair, I can't say I know any more than he does, no matter how much more life experience I have had. In fact, the older I get, the less I seem to understand.

The small crowd outside the air force base seemed relaxed, so I casually walked by with a nod and a smile, wondering where to park myself. I heard singing in the distance and decided to followed the melody.

When a barbed-wire fence prevented my wandering any farther, I settled beside the unfriendly divider. On the other side there were several giant avions de chasse. I recognized them from the affiches in Max's room—the air force, or ALA posters that had recently replaced the skateboard posters, which had, the year before, replaced the basketball posters.  So many passing themes, would this be just another phase, too? Dare one hope? or was such hope anti-patriotic or, worse, would my hoping that Max lose interest in the military be akin to not showing support or confidence in him for having made a first of many big life decisions? It was time to let him spread his wings... in the air force!  Comme c'est ironique!

The singing grew louder and I noticed a bit of movement in the greenery beyond. On closer look, it was a troop dressed in camouflage.

The would-be airmen marched toward the gate, beyond which we parents waited. The marchers' eyes remained glued to the drill sergeant. Not one neck craned, not one mouth cracked a smile. Did our camouflaged kids see us on the other side of the fence?

There was Max! His face was set like stone but it was hard to miss the confidence which emanated from him. His pride reached right through the barbed-wire fence, embracing me.

My eyes began to sting. But there was no reason to be emotional! The tears began to rise. But these were not soldiers returning from war! When the larmes threatened to tumble out, I hurried over to my car for a kleenex and dark glasses.

Why get all choked up? The other parents were holding it together just fine! They were confident and knew the obvious: that these were not, after all, young men returning from a battle!

No, I reasoned, they were not! ...But did they realize they were preparing to go into one?

A note to our voluntary proofreaders: the next story in the collection is "Pêche" about a couple of peach thieves. Keep this story, improve it, or scrap it? You decide! Click here to begin proofreading.

la base aérienne = air force base

chez nous = for us, in our case (literally "at our house") 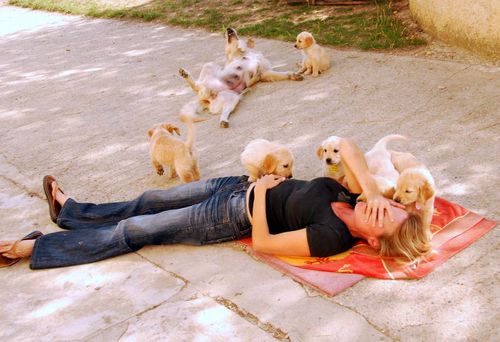 Mama Braise (upper left) helps me to demonstrate motherhood and the hard-to-face decisions that our children make for themselves. Pictured are Smokey and his 5 sisters. "Mom, I want to live in America!" "Mom, I want to join the army!" "Mom... mom... mom!!!" 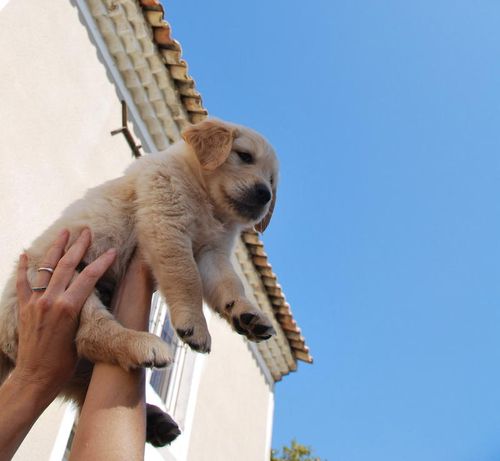 Your heart is in the right place. Whatever you do, my son, I will support you! Love, Mom.