The creepy French phrase for those "age spots" on your hands 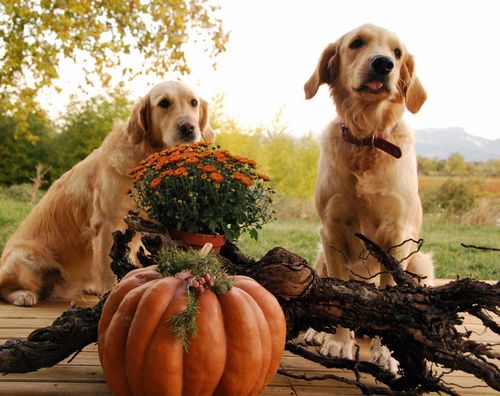 I thanked the doctor for reassuring me that the small, flesh-toned bosse on my forehead—and the darker one on the back of my arm—were, after all, bénin. How many miserable moments had I spent pushing at or scraping or pinching the suspect "growths" which seemed to be spreading? I know better than to pick at la peau, but it was in those absentminded moments that I would reach up to my forehead and scratch at the knotty skin only to be startled to find it flaking off again!

The médecin généraliste determined the bump on my forehead to be nothing more than an old scar, une cicatrice that I had simply forgotten about. As for the little lump on the back of my arm, the one for which I twisted the latter endlessly so as to get another look, it was nothing to worry about either.

Afraid that the doctor might take me for a hypochondriaque, I laughed it off: "I'll bet you get a lot of false alarms like this...."

The doc replied with a sympathetic smile, which grew bigger as her eyes locked onto my hands, which were busy writing out a check. "And speaking of spots..." the doctor said, "we call those 'les fleurs de cimetière'." I followed her glance to the backs of my hands where a sprinkling of les taches brunes now came into focus. I hadn't noticed them so much before....

"Oh. I thought they were freckles!"

As I exited the doctor's office the score was "-2 plus 1":  I had two fewer things to worry about and one more "something" to agonize over: le vieillissement de la peau.

Post note: It turns out that "growth" on my forehead was skin cancer (basal cell carcinoma)

le vieillissement de la peau = the aging of the skin 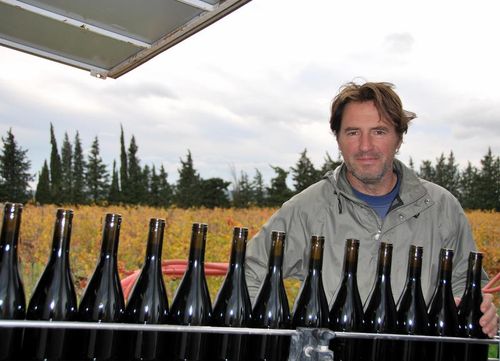 On Friday we bottled 12,000 units of our Domaine Rouge-Bleu... including our 2009 cuvée!
Note: these photos were taken one year ago. Look at Smokey. Oh, how they grow! 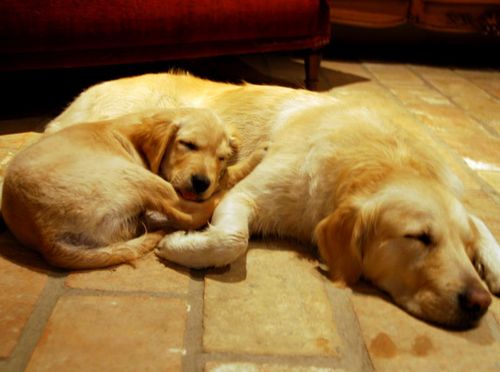 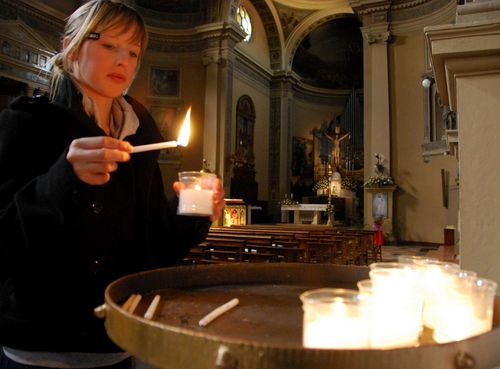 Jackie. This is my daughter and she tells the best stories, just like her grand-mère, Jules. (photo taken in 2010)

"It is a delicious thing to write, to be no longer yourself but to move in an entire universe of your own creating. Today, for instance, as man and woman, both lover and mistress, I rode in a forest on an autumn afternoon under the yellow leaves, and I was also the horse, the leaves, the wind, the words that my people uttered, even the red sun that made them almost close their love-drowned eyes."

-Gustave Flaubert (thanks to Jim Fergus for sending me this favorite quote!)

(On the Origins of Flying Butter)

This morning my daughter scrubbed down, head to toes, with Betadine. Next, she said she was hungry but did not eat, nor did she drink so much as a drop of water.

We were running late to the Clinic de Provence after Jackie took extra care with her hair, blow drying it, straightening it, exercising all her control over it. Finally she shut off the sèche-cheveux, and voiced her little heart out: "J'ai peur, Maman."

"Did you take off all of your nail polish and jewelry?" the nurse quizzed.

"Oui," Jackie replied. Next, my 12-year-old was given a pill that made her eyes droop until she turned over in the hospital bed, from her back onto her side.

I wanted to brush my hands across her face, but wondered about the iodine/detergent surgical scrub that she had showered with earlier. Would I just be putting germs back on her face? My hand reached for her hair, instead.

"Can you remind me of the story you told me last night?" I asked my girl. "About the butterfly...."

My daughter nodded her sleepy head and said...

Once upon a time there was a philosopher who loved to play with words. He also loved butterflies which he renamed "flying butters"...

As Jackie told me her story my mind wandered back to the simple surgery: only two teeth to remove. But why the need for an anesthesiologist? Why put her completely to sleep—was it necessary? Couldn't we have waited for the teeth to grow and push past the gums before having them extracted?

The door to room 103 burst open and two infirmières collected my daughter, as one collects an umbrella while rushing out the door, late for work. I wanted to shout "be careful!" Instead, I stepped out of the nurses' way.

As the gurney careened down the hallway on the way to the bloc opératoire, I overheard one of the nurses assure my daughter, "Ce n'est rien". Just a little operation. With that the trio disappeared into a sterile chamber.

As I stood there staring at the empty hall, a little old man in a bathrobe hobbled by, slowly, softly, like a butterfly. 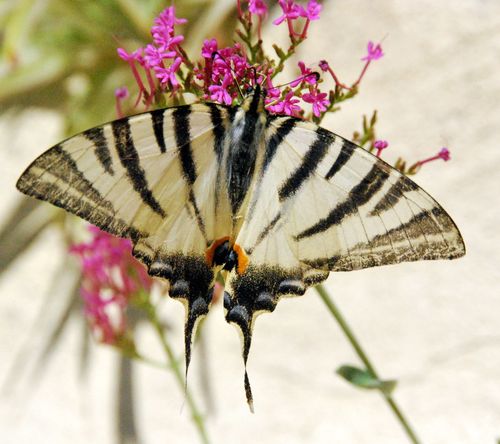 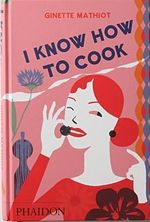 The bible of French home cooking, Je Sais Cuisiner, has sold over 6 million copies since it was first published in 1932. It is a household must-have, and a well-thumbed copy can be found in kitchens throughout France. Its author, Ginette Mathiot, published more than 30 recipe books in her lifetime, and this is her magnum opus. It's now available for the first time in English as I Know How to Cook. With more than 1,400 easy-to-follow recipes for every occasion, it is an authoritative compendium of every classic French dish, from croque monsieur to cassoulet.

Still itching for stories from France? You will ADORE Lynn McBride's blog It’s called Southern Fried French (www.southernfriedfrench.com) and it’s about living the good life at the 14th century Château de Balleure, with her friends  and chatelains Nicole and Pierre. 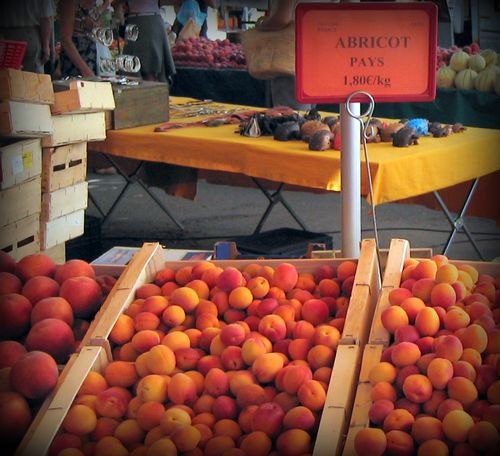 Fruits and vegetables ought to help this cold... (picture taken at the farmers market in Les Arcs-sur-Argens)

I caught a cold last week. In French, that would be: J'ai attrapé un rhume.

My husband says: "As-tu téléphoné au medecin?" This is so French of him, the reflex to head straight to the doctor at the first sniffle. For me, c'est hors de question to go to a doctor's office and mingle for one hour with a roomful of microbes in la salle d'attente.

"Vas-y, mets toi au lit," my husband encourages. He'll fix dinner tonight. Suddenly tout le monde is sympathetic. But the most sympathetic of all is le pharmacien, whose job it is to sell me un traitement.

I ask for a salt water nose spray and le pharmacien returns with two cans of a new brand that I have never heard of. "I only need one can," I point out.

"C'est une meilleure affaire," he explains. "Deux pour un" or "two for one" as we say in English.

He assures me that it is and piles the cans into a bag along with some powders and chalky disks that fizz will fizz when I add water to them.

I walk out of la pharmacie, my pockets now 15 euros lighter. I know my husband is right and that I should have gone to the doctor. A doctor visit costs 20 euros and the prescribed medications would have been reimbursed (health care payments) along with the visit.

By the next morning the children are fussing over me:

I smile appreciatively at my little nurses. Le médicament helps some, but it is les mots that soothe the most when we are sick, n'est-ce pas?

As-tu téléphoné au medecin? = Have you called the doctor?

c'est hors de question = it is out of the question

vas-y, mets toi au lit = go ahead and get in bed 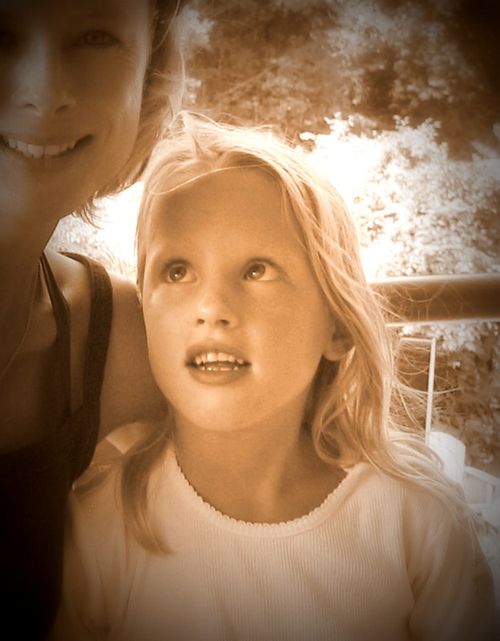 One of my little nurses, Jackie.