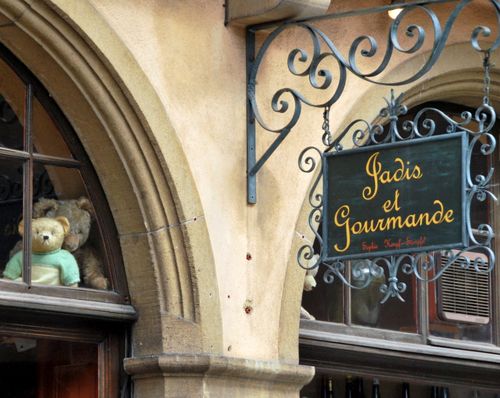 Here at our farm we have no flags to put at half-mast. Hoping these French teddy bears will offer comfort. Meantime, hearts going out, all over the world, to the Norwegian victim's families.

Improve your French pronunciation with

.
A Day in a French Life... by Kristin Espinasse

Last night I lie in bed reading a brilliant work of fiction. I might have read throughout the evening, only I could not keep my mind on the poetic words of the story. And when I found myself looking out the window, staring dully at the mulberry tree, or gazing up at the same familiar patterns in the wooden plafond, I gave up and closed the book.

I tied on my peignoir and walked down the hall, to my son's room. Lightly rapping on the door, I opened it to find our sixteen-year-old in a high speed chase over a freeway bridge, about to pass beneath a semi-truck. It was a relief to catch him playing a jeu de course. But, given the horrific news from Norway, I was here to talk to him about the other games he was playing.

Seated on our son's messy bed, I searched for words to aborder a delicate topic. I knew that in bringing up the subject of "les jeux de stratégie" (read: "war games"), I'd be tempted to bring up the abominable example of what can happen to a person who becomes obsessed with les jeux de guerre.

But would it not be taboo or superstitious, or just plain creepy--even unethical--to tell my son that the result of so much game playing could lead innocents such as himself to such a macabre end?

No, I dared not say it. It would be something like trahison to infer or insinuate... to even imagine that my child could turn into a monster! I could not risk introducing a foreboding facet to his sparkling vision of life... or his innocent self in relation to it.

Oh baloney!, my no-nonsense conscience kicked in. Quit skirting your parental duty. Tell your son what the very real risks are of playing these "jeux de stratégie de guerre". And certainly don't spare him the abominable example!

Without further soul-searching I blurted it out. "Max, did you hear what happened in Norway this weekend? Over 90 people, mostly adolescents, were gunned down and killed. Authorities listed the gunman's pasttime as 'war game enthusiast'!"

Right or wrong I had said it. Up to Max to make of it what he would. I only hope I did not offend him or, worse, cause him to believe that he could be anything other than the good-hearted boy that he is.

Sitting there feeling like a traitor, I searched for words. "To what good do these games lead?"

"But all of my friends play them!" Max objected. Next, he grasped for some far-out figure. "Sixteen hundred... thousand...million... kids play these games. Mom! They are not all going to end up mass murderers!"

I could not argue with Max's statistical logic. And yet... there is no using logic to answer the heart-renching question that haunts us in regards to innocent lives lost: Why? We ask. In the face of such disheartening news, how are we to react?

All we can do is make a fumbling first step to pick up the pieces in our own untidy front yard of the heart, and hope, in the process, not to overpolish, or dull the shiny brightness of an innocent soul.

Post-note: In all fairness, and in a sloppy attempt to redeem myself, I admitted to Max that les jeux video were not the only pastime of the gunman's. "Christianity" was another avid interest. Max looked at me sympathetically, and I knew he would never again tease me for my avid scripture-reading.

Share your thoughts about the news. Were you further shell-shocked by the death of Amy Winehouse? Any other news that is affecting you? Messages welcome here, in the comments box.

.
French Vocabulary
(Vocab section is under construction. Check back here, for the updated section.)

P.S.: here is the book I mentioned, in the opening paragraph. It is too early to rate the novel, but I already want to lend my copy to all of the Francophiles and Writerphiles that I know!

The Summer of Katya: A Novel

In the golden summer of 1914, Jean-Marc Montjean, recently graduated from medical school, comes to the small French village of Salies to assist the village physician. His first assignment is to treat the brother of a beautiful woman named Katya Treville. As he and her family become friendly, he realizes they are haunted by an old, dark secret . . . but he can’t help falling deeply in love with Katya. Read customer reviews and buy the book here. 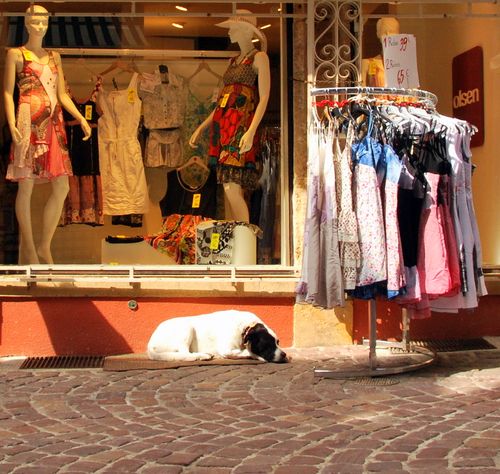 in In the headlines | Permalink | Comments (44)