What is the French word for peel or bark or rind? 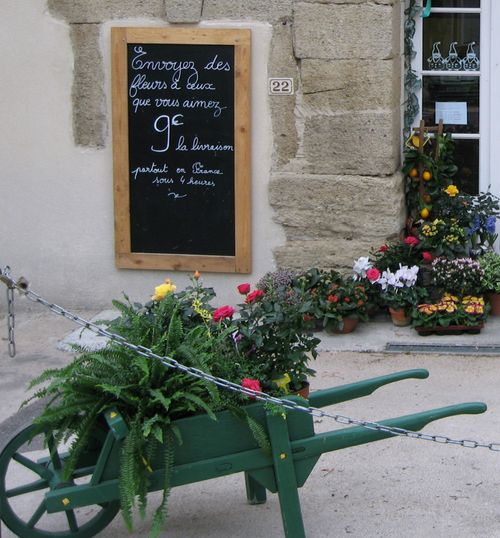 Houp-là! (Whoops-a-daisy!) Today's story was supposed to be about kumquats but I got completely off track. I should change the word of the day from écorce to hotte (see the missive, below...) but no turning back now! We'll get to the "peel" story later! (photo taken in Camaret-sur-Argens. The sign reads: Send flowers to those  you love. 9 euros for delivery all over France, in less than four hours.)

Entre l'arbre et l'écorce il ne faut pas mettre le doigt.
One should not put one's finger between the tree and the bark.
(Don't get involved in another's family's quarrel!)

We enjoyed another break from renovation, yesterday, when friends from Nice came to spend the the day with us. After visiting the nearby vineyard Domaine Tempier, and lunch along the seashore in a favorite calanque, we headed back home for coffee.

When friends come to visit I can't help but seek their reassurance that the home "improvements" we are doing are truly améliorations--and not threats to the character of this endearing mas.

My friend Gilda is an artist who also has deep sensitivities regarding the preservation of le patrimoine (in addition to being president of Association pour la Protection du Dolmen de Clamarquier, she has a weakness for historical objects and is known to rescue outcasts including chairs (I can relate...), which she lovingly recanes, offering the rejects a second or third life). It was refreshing to see our home through an artist's and preservationist's eyes and to witness my friend appreciating its character.

In the kitchen, Gilda and I studied the large iron and glass enclosure over the stove. Visitors sometimes comment on it: "And you are going to get rid of that, aren't you?" they say, innocently enough. But Gilda saw the glass-and-iron hotte through the eyes of time, and was amused by its originality.

Fueled by Gilda's enthusiasm, I pointed out all the bells and whistles of the sometimes-rejected piece:

"Look," I said, pulling out the glass vasista-like window. "This opens up!"

Turning the latches, which double as wonderful hooks for nets of onions and garlic and wild herbs one so often uses when cooking, I looked at the hotte with renewed appreciation. Never mind the naysayers, I decided. As for range hoods they just don't make 'em like this anymore! 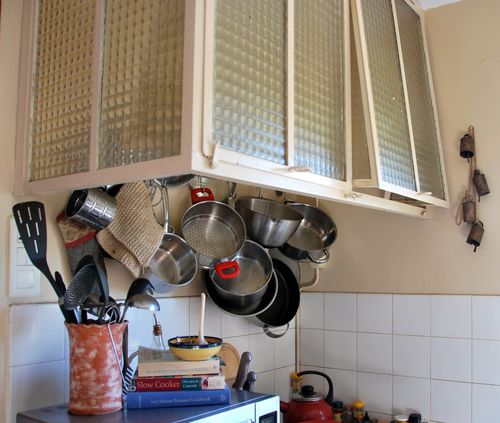 A very efficient range hood -- though not everyone appreciates the style....

Should I stay or should I go now? (What old French hottes ask themselves during renovation.)

Enjoy archaeology? Read Gilda's article, Monument to Mankind, about the threat to the dolmen France:

Approximately 5,000 years ago man traveled all regions of France, including the Alpes Maritimes, and left vestiges of his presence which we can still find today in the forms of dolmens, menhirs, and tumuli. (continued here)

P.S. I didn't get a picture of Gilda and husband, Robert, but I did post one here a few years ago.  Robert is the author of Jean-Marc's favorite wine reads, the books Corkscrewed and Palmento: 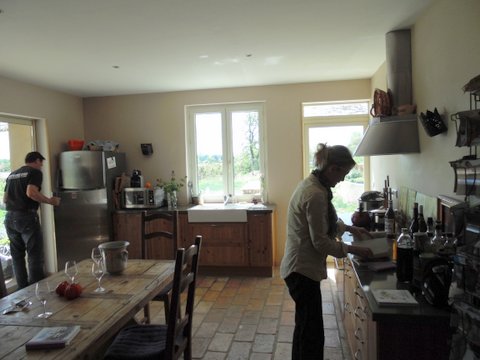 By the way, here's a picture of our old hotte--or the stove or range hood we had in our previous house. That's Jean-Marc, looking for a bottle of wine as we were setting up for another tasting. Those were the days! We will figure out where to do more wine meetups, once renovation is past. 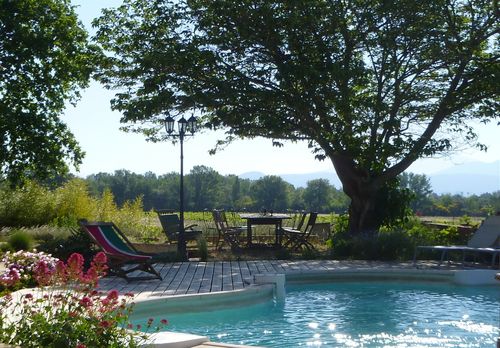 Speaking of our previous home, good news: it will soon be opened up as a Bed and Breakfast! Thomas and Caroline (don't miss the story about Caroline and pictures) purchased the vineyard last summer and have been busy with the harvest and renovations there.