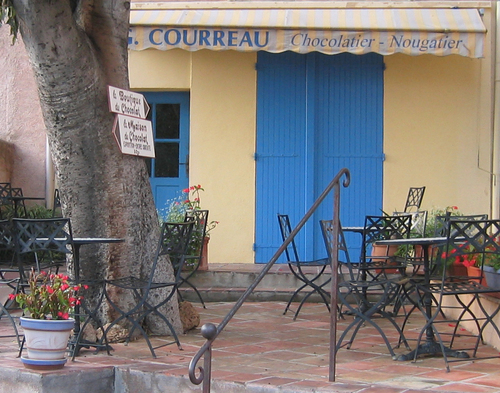 Have you ever heard an old word... as if for the first time? Your eyes sting; suddenly, you are seized by meaning, when a humble old mot causes your body to form a lump in your throat. Read on, in today's story column.

In music: 21 Christmas Songs in French and English.

Reading to my Francophone children in their native tongue is a humbling, sometimes humiliating experience—not only for the "pronunciation pause" (kid-issued breaks in which I must stop reading in order to repeat a French word that I have tripped up on), but also for the words that I still do not know, both French and in English!

Thankfully, not all readings are cause for reprimand. De temps en temps, there are eye-opening moments when suddenly, more than a word making sense, the world seems to take on new meaning as well.

It was while reading a chapter called "The birth..." or "La naissance de Jésus" to my daughter that I suddenly felt a lump in my throat and a sting in my eyes. An English word with which I've had but a yearly encounter—usually during the holiday season—suddenly defined itself as its French counterpart moved up my vocal chords and exited in a French chorus of sound and meaning. The text preceding the word (indicated in bold, below) only served to set the dramatic stage:

"There, in the filth and between the animals, she brought her baby into the world. Then she wrapped him warmly and, as there was no cradle, she put him down in a feeding trough so that he could sleep."

Replacing the word "manger" with "feeding trough", its equivalent, gives the account an even more heartrending effect; "manger" is poetic, while "feeding trough" effectively evokes the brutal bed that was the only resting place for the delicate newborn.

As for those instances of humiliation—whether in fumbling through French text before a ten-year-old (or in the stories that I have lived and that will never be told)—my mind now calls up a peaceful bergerie, wherein an unspoiled baby would come to suffer all humility; this, instead of me.

One of the black and white pictures that did not make it into my book. I still get a big smile each time I study the elements in this photo (taken during our wedding anniversary celebration, in Collioure's).