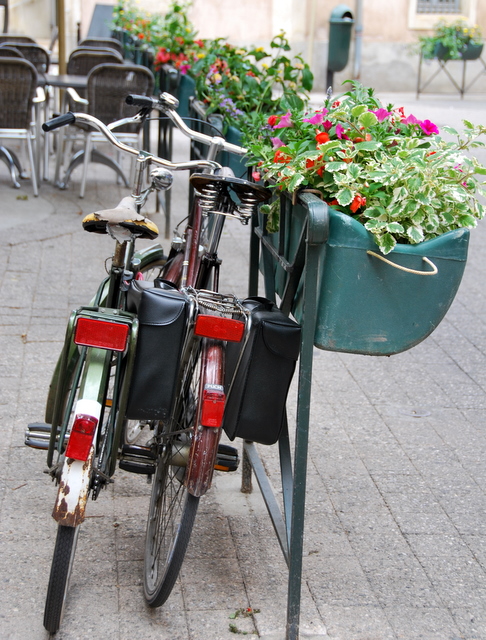 Paris-based novelist Janet Skeslien Charles is back with us today to talk about "le Oui" or the "I Do" of a union of two....

In my novel Moonlight in Odessa, Daria, a young Ukrainian who longs for a better life marries Tristan, an American she meets through an international matchmaking organization. He said that he was a teacher, but Daria arrives at his home in California, she realizes that Tristan is not exactly who he said he was. But can a happy marriage be built based on a foundation of lies?

Today, I thought it might be interesting to talk about marriage in France. In French, le mariage can mean “the wedding” as well as “the marriage.” Did you know that only a mariage civil, a civil wedding ceremony, is recognized by the French government? A couple must be married by a maire, a mayor, before they can be married in a church. As a future bride, I was disappointed, imagining a sterile city hall wedding. Au contraire, city halls have beautiful rooms and the maire did a lovely job of personalizing our ceremony and he even spoke a few words of English.

My favorite expression concerning weddings is Mariage pluvieux, mariage heureux, a rainy wedding makes for a happy marriage. I heard this expression in Burgundy when it started to rain on my own wedding day and have heard it several times since, a small consolation to the brides who live in this lush, green, rainy country.

When we talk about a white wedding in America, we picture a bride in white. Many French brides choose to wear white gowns as well. In France, however, un mariage blanc, literally a “white marriage,” indicates a marriage of convenience. Here in Paris, we see many foreigners who want to live in France, so they marry a French friend or pay a French citizen as a way to gain valid working papers. The film “Green Card” with Gerard Depardieu deals with a French man who marries an American woman so that he can live in the States. In a mariage blanc, both parties understand that it is not a real marriage. In France, this kind of marriage fraud is a crime punishable by up to 5 years in prison and a 15,000 euro fine.

Of the 273,500 wedding celebrated in France, 84,000 were considered mixtes, or mixed, between a foreigner and a French citizen. According the newspaper Libération, marriage is considered the “main source of immigration in France.” In the last few years, French authorities have acknowledged a scam called mariages gris, or a gray marriages. Unlike a mariage blanc, where both partners are aware that the wedding is in name only, a mariage is considered ‘gris’ when a person who doesn’t have legal papers uses a French citizen in order to get a carte de résident, a Green Card. It is a union in which one partner doesn’t realize that the reason for the wedding was paperwork, not love. The recipe is simple – seduction, a wedding, the arrival of a carte de résident, divorce. This kind of marriage, a sentimental scam, is punished more severly than mariage blanc.

Even when two people have good intentions, engagements and weddings between foreigners aren’t easy. When an American friend and her French fiancé announced to his parents that they were going to get engaged, his mother replied, “C’est un peu extrême, non?”, or That’s a little extreme, isn’t it? The wedding didn’t take place. In “Moonlight in Odessa,” Daria’s future in-laws were not very kind to her either, though it was Tristan’s idea to rush into marriage. I wonder how readers would classify Daria’s marriage to Tristan – white, gray, or downright black.
.

Le Coin Commentaires
To respond to Janet's essay, or to leave her a message, please click here to access the comments box. 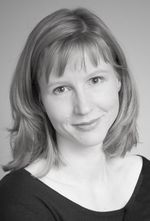 Janet Skeslien Charles’ debut novel Moonlight in Odessa was chosen by Publishers Weekly as one of their top ten debut novels of Fall 2009.

It was Book of the Month in the September issue of National Geographic Traveler. BBC Radio 4’s Book at Bedtime featured Moonlight in Odessa for two weeks in February 2010.

"Charles’ transatlantic saga explores the dichotomy between Eastern and Western cultures, as well as the assumptions and sacrifices people make in the hope of a better life.” —Booklist 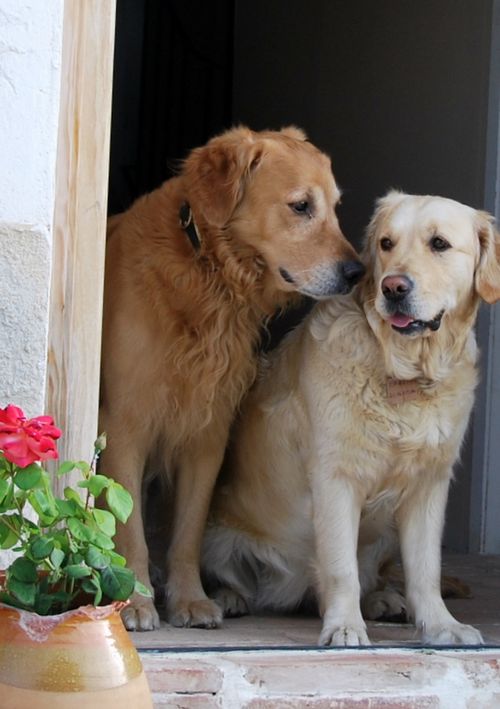 Smokey says: my pawrents: Maw (right) and Paw (left). Speaking of le mariage, I hear these two eloped in Marseilles. Don't miss the story, here, in the latest book (a perfect gift for dog-lovers!) Click here to order.