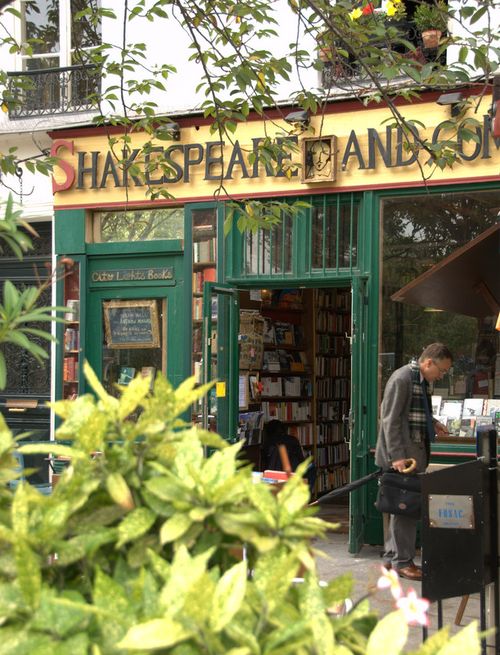 Shakespeare and Company: an historic expat bookstore in Paris. Still soaring from the high of speaking at the American Library... I marched right into Shakespeare & Co. (before Fear had a chance to bully me and lie to me again...) and offered up my new public speaking services... To get this new gig--I acted as if--as if I had the confidence and composure of a conquistador (never mind that my previous speaking engagements included passing out on the floor). Convinced, they signed me for an author's talk on March 1st!

Pronounce It Perfectly in French - with exercises in sound discrimination and accurate sound creation. Order your copy here.

(Please help me to translate this sentence in the comments box!)

The following are some idées fausses, or misconceptions, that were running around my hopeful mind during the week leading up to my (once feared and dreaded) public talk:

...When my talk is over I will be okay again...
...After my speech I can relax, let go...
...Life will begin again after the speaking event. I will be able to taste my coffee, feel the breeze on my skin... I will smell the autumn air once again... my senses will no longer be dull (all-consumed with cowardice).

I will go home, put on my favorite soft robe and cozy slippers and enjoy a cup of hot chocolate....  I will experience bliss. I will have my reward. Imagine this!

The strange thing is: none of these things happened. Instead, I had a revelation:

The joy, the bliss, the aliveness that I believed would be mine after this tortuous trial (a.k.a. The Speech)... instead took the place of it. Instead of feeling like the proverbial deer caught in hell's headlights, during my speech I felt the power of love, warm and bright.  I never felt so alive! The speech was the reward.

Could it be that public speaking is the best-kept secret? And that 99.9 percent of the earth's population (that is, the percentage of people that are petrified by public speaking) are depriving themselves of what is, in reality, a powerful instant -- a divine drop of distilled life?

Public speaking may be, after all, the best-kept secret. If you want to hog the spotlight (and all of the "life" that comes with it) then keep on perpetuating the idée fausse that public speaking is something that will kill you. (It will kill the Ego... so add that to your "Gifts I receive from Public Speaking" list.)

But if you want to join the revolution, and begin to murder the misconception, then please tell someone today that they WILL be okay the next time they have to speak, publicly; that the secret reward that nobody is telling you about is this: speaking can be bliss!

(We'll talk more about this on Friday, when I'll post another list of tips and techniques that worked for me....)

Post note: It is important for me to remember that nothing is ever "a given". That is: I have not conquered my fear of public speaking (Coach Conchita, and others of you, might beg to differ). The truth is, as long as we have our fickle "feelings" we won't be spared of what amounts to internal warfare. But we can take winning steps to counter this, and experience the bliss, when we recognize our God-given gift of confidence and assurance.

One of the most common fears that public speakers have is the belief that they will lose control of themselves in front of an audience. For me, this meant that I might somehow come undressed during my speech! (One tick that you will witness--when you view my speech--is this: I kept placing my hand over my heart -- not because it was beating violently (it wasn't)... but because I feared the snaps on my back might come undone (as they had in gym class... before my bra busted, some 20 years back!). Horror of horrors that this might happen again, now--in front of an audience! And so all that obsessive hand-to-heart business you see amounted to my checking (and rechecking) to make sure my "underwear" was still "there".

Witness this tick for yourselves in the video from my Paris talk! See the video immediately, when you sign up to become a supporting member of French Word-A-Day.

Finally, here is a book that I have just ordered. I am excited to learn and grow in the area of public speaking. Won't you join me? Check out this book and read along with me!:In The SpotLight, Overcome Your Fear of Public Speaking and Performing

Comments ~ Corrections ~ Stories of your own...

Thank you for sharing your thoughts in the comments box. Please forward this post to a student or stilted speaker. I hope it will help someone and eventually open the door of opportunity to others.

French Demystified: A self-teaching guide "simple enough for a beginner but challenging enough for a more advanced student"

French language software:
Rosetta Stone Personal Edition contains everything you need to give the voice inside of you a new language. The method used recreates the natural way you learned your first language, revealing skills that you already have. This approach has won numerous awards, and has been adopted by countless organizations, schools and millions of users around the world. Join the language revolution today. Only with Rosetta Stone. 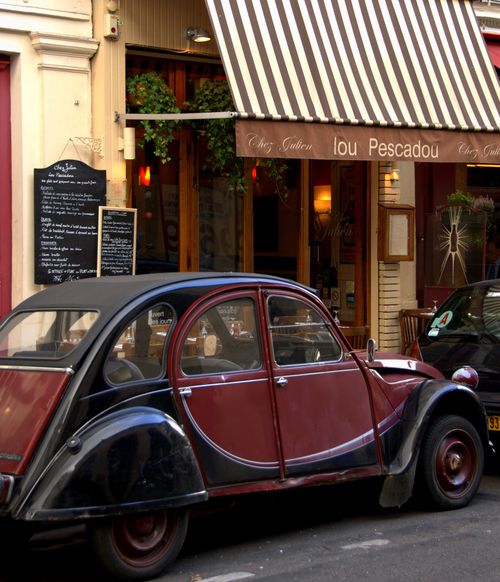 "Parisian Parking"-- why not forward today's edition to a friend? Or sign up a family member for French Word-A-Day?