To chill or relax in French + allergy season in France 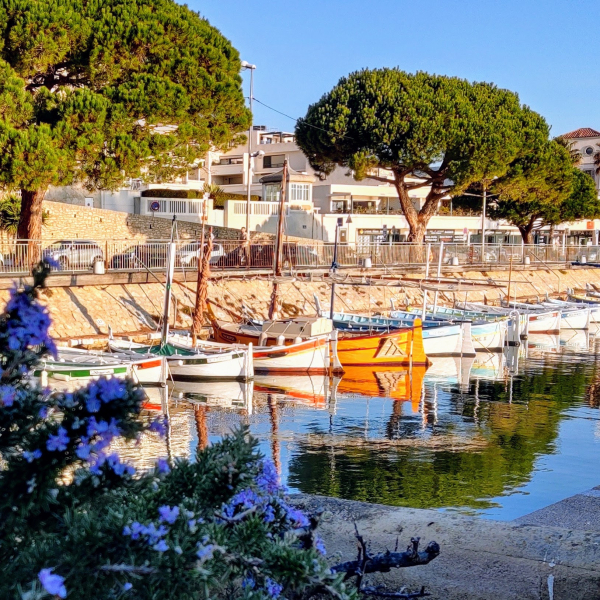 Photo of Port des Capucines from my Instagram where I have been posting a daily photo and French word all week. Be sure to hit the follow button on my Instagram for the daily updates.

Audio/Listening: Click the following link to hear Jean-Marc pronounce the French words in the following story. Then scroll down to the vocabulary list to check your French comprehension.

When Jean-Marc returns home from work in winter he sets down his trusty leather bag, "Mr. Sacks", and heads straight to la cheminée. "Bonsoir, Chérita!" he sings, in passing. As he builds a fire, I'm curled up on the couch nearby, trying to contain a day's worth of thoughts in the time it takes my husband to décompresser, or chill, from a long day at his wine shop.

Recently when he returned, he must have brought with him a generous sprinkling of pollen, because I began sneezing uncontrollably as soon as he walked through the door. ATCHOUM! ATCHOUM! ATCHOUM! So much for a peaceful accueil. A day later, Jean-Marc was the one sneezing. "Je ne sais pas ce que j'ai!" he complained. His head was "dans le brouillard" and he had le nez qui coule. "I think it's allergies," I said. "It's that time of year."

"Peut-être," he said, reaching for another mouchoir. I made a mental note to buy more Kleenex and observed my husband as he skipped dinner, drank a warm tisane, and managed to stay up late enough to watch le foot (that's soccer, in French, and that night was PSG - Real Madrid!). But by the next day he was in worse shape, and I guessed he was worn out from sneezing and blowing his nose. The French call hay fever le rhume des foins (foins corresponding to dried grass or hay) or la rhinite saisonnière and it is the first time Jean-Marc's suffered from it, or so he thinks.

And that's the problem with seasonal allergies—they’re so easy to confuse with a cold. Maybe his yearly cold was hay fever, after all?

Still, he is complaining of les courbatures and chills--two symptoms not associated with allergies. And this throws a wrench in plans for today's essay (which was supposed to be all about hay fever!).  We still don't know what Jean-Marc has (he tested negative for Covid), but I hope it isn't la grippe.... Meantime he's headed back to the snowy Alps to ski and to help out our daughter (maybe catching her Dad's cold is not what Jackie had in mind when she reached out to us recently...).

As for me, I'm learning to stay out of it (or most of it): let everyone decide for themselves and live with their own decision-making. Best to stay curled up on the couch and keep my many thoughts and opinions to myself so that everyone can décompresser (my husband is certainly chilling--et c'est le cas de le dire!). I’m a lot more chill these days too, and that (first line in this last paragraph) is my new tool in my Human Relations tool belt.

And now, a good day to all, thank you for reading and remember to look out for yourselves...as you continue to quietly look out for others. 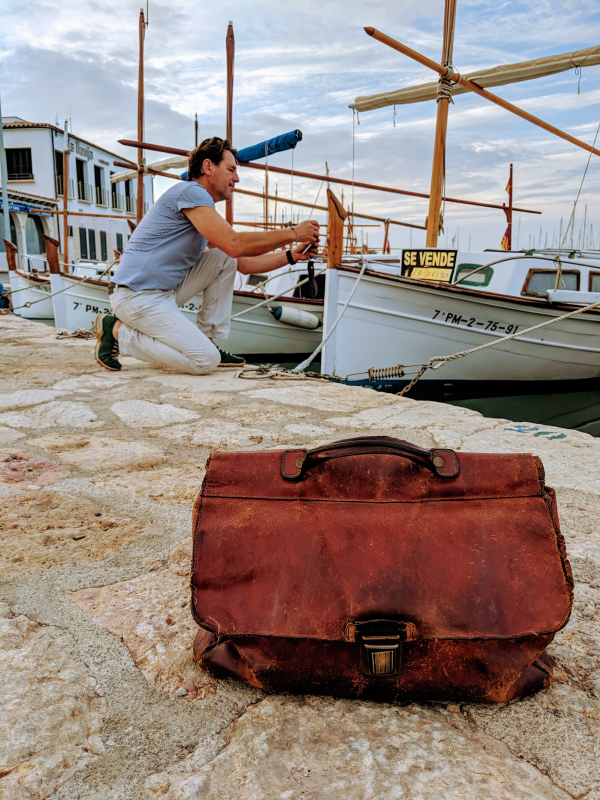 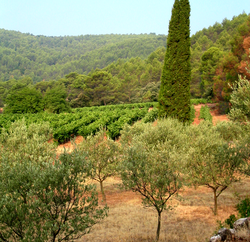 cueillir (kuuh-yeer) verb
1. to pick, to gather
2. to catch, to snatch

In the kitchen I find Jean-Marc frying brown-shelled oeufs* on our new stovetop. In the oven there is a sizzling cheese pizza, whose box has been neatly arranged next to the cheminée*--kindling for tonight's feu.* "C'est prêt!"* Jean-Marc shouts, and three of us head to the salon* to fight for the best seats.

Over dessert, and once he's fed us into a happy, easygoing mood, my husband mentions the olive trees that need to be cueillis* and the porch that needs sweeping. "I'll pick!" Max says, choosing the lesser of two evils. Jackie begins to complain, switching to psychologie inversée* for a winning result. "I'll sweep! I get to sweep first this time!" she says. I forget about my plans for a siesta when my daughter's enthusiasm and my son's begging have me vying for a place either behind the broom or under the heavy branches of an olivier.*

The nap would have been a mauvaise* idea anyway, I reason, stepping from the chilly house into the sunny yard where ten olive trees, some no taller than 8 year-old Jackie, are offering up marble size fruit. The colorful skins of the olives range in tone from granny apple green to eggplant purple. As Jackie and I pick, I hear the sweep of Max's broom as he pushes curled, colorless leaves off the patio. The metal wind chime hanging from my neighbor's parasol pine tinkles from beyond. I look over to our own wind chimes; beyond them Jean-Marc is painting the shutters in a shade of green best described as sauge.*

As I face the olive tree, the sun warms the back of my head causing any lingering doubts to defrost and melt away. I begin to think about how picking olives is not such a big chore after all. Hélas,* the clouds inch forward and before long I am zipping up my coat. As I watch the sun slip behind the nuages,* I wonder if my daughter could use some of her psychology on them as well.