A Beautiful Escape via the French word échapper belle 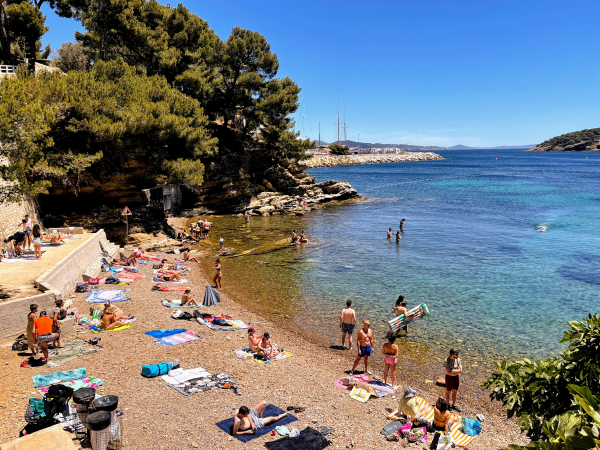 Today's story takes place in La Ciotat, not far from the beach.

: to have a close call, a lucky escape; to let off the hook

L'ECOUTE: Practice your French Listening Skills. To hear the French in today's story, click below. Next, check your comprehension by viewing the vocabulary list (farther down).

Is there a word in French or English for when you are avoiding your To-Do list... by shopping instead? And does going grocery shopping count? En milieu de semaine, there were a lot of things I could be doing instead of hanging out at the supermarket, such as: 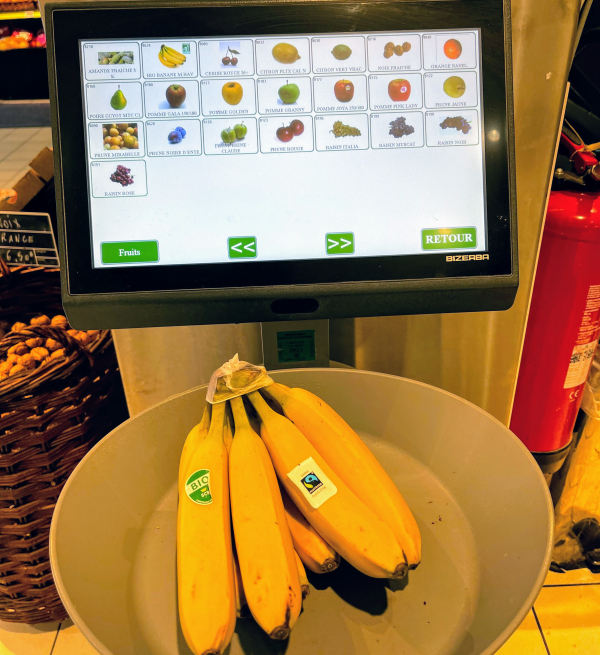 In this supermarché you weigh the fruits and vegetables yourself, using une balance and its accompanying touch screen (with photos of all the produce). Searching the screen, I could not find the picture of the onions. But it was there a minute ago! It even reminded me I needed onions. So where was the picture now that I was back with my sack full of oignons? The universe was playing tricks again. I looked around hoping for a Good Samaritan. Finally, I marched over to the only other scale.

An elderly man with a hunched back stood weighing a small bag of abricots. Glancing into his chariot, I saw a dozen more bags of unweighed produce and a battered cane he had tossed inside. The Man Sans Canne looked so calm and peaceful as he took his time at the self-serve station. A flash of admiration erased any memory of The Onion Dilemma, and I quietly returned to the other scale (where, incredibly, the onion was back on the screen!). Leaving the produce department, I kicked myself for not having the courage to say something to the man, to this last bastion of le bon sens. Here was more than a man--here was an inspiration. I hope to be eating like him and solo shopping like him (my own cane tossed into my chariot) well into le trosième âge!

Studying my family's grocery list I saw "ice cream, raspberry jam, and another quatre-quart (kids love this rich, buttery poundcake for the 4 o'clock goûter. No more kids in the house, but Grandma loves this treat!). Having gotten some eggs I rounded the bend and.... Chariots of Fire! There he was in the dairy aisle! Alas, I missed a second chance to say something, anything, to The Man Sans Canne. Instead, I hurried off and, rounding the corner, the handle of my own chariot (a smaller, two-wheeled poussette de marché) slipped and the cart fell, its contents tumbling out.

"Oh, oui!" I smiled, quickly making a mental note to share with you, dear reader, the wonderful French phrase which literally means "a beautiful escape". Echapper belle also means to be let off the hook, which reminds me of hooky.... We'll end with that: the reminder to play hooky de temps en temps. Why not play at the grocery store? It might lead to a beautiful escape and some meaningful encounters, too. 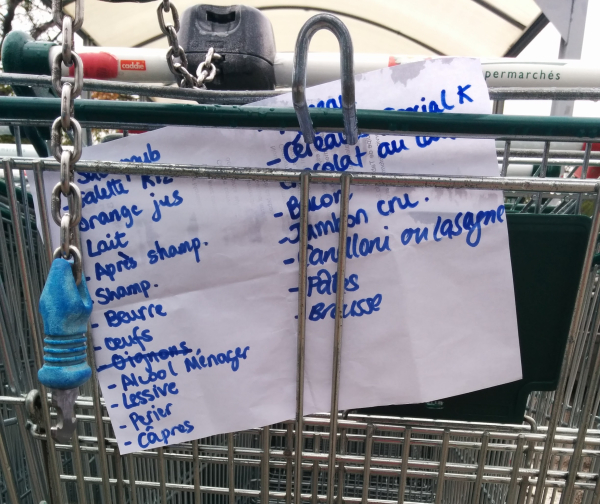 It's amusing, isn't it, to read a stranger's grocery list. And judging from the crossed out item, it looks like they finally found the onions, too! :-)

Highlights from the archives:
Review the five senses in French: la vue, l'ouïe...
Check out The Most difficult French words to pronounce (and add your own in the comments to that post)
A family vacation in Queyras (the French Alps), pictured below. 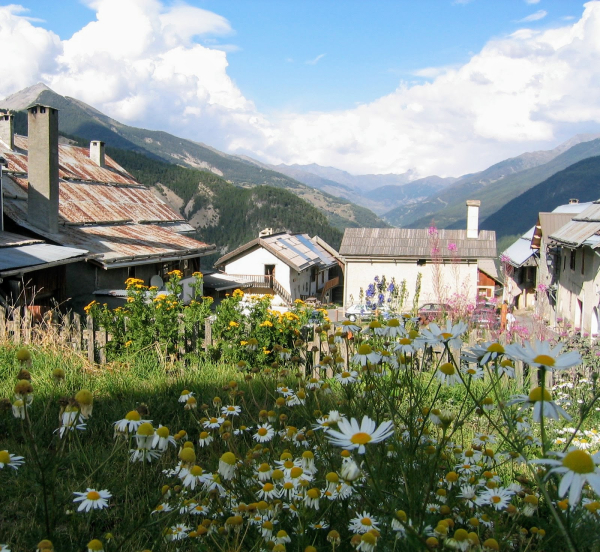