Need encouragement? How to say "If at first you don't succeed try try again" 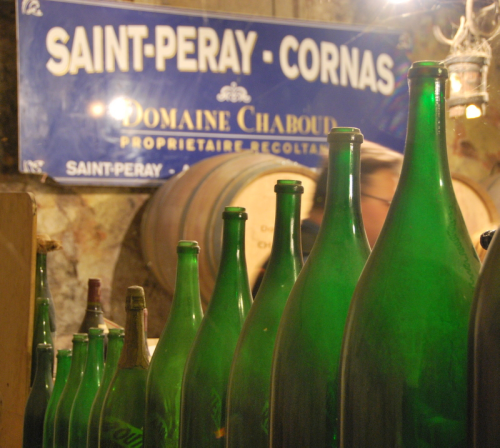 Thank you for your encouraging feedback on the recent video I made with Smokey. But after trying and failing to make a follow up recording, I'm wondering if I should just stick to photography (today's pic taken on our Rhone river cruise) instead! In times like these, I find the following saying to be particularly reassuring:

(a second translation follows. See the audio section, below)

Note: sometimes "vingt fois" is used. I found this example at Linguee.com:

On The Workings of Inspiration

Saturday afternoon, during a restless and agitated sieste, I began to sense some kind of pull coming from within. Next, it felt as though invisible fingers had wrapped around me and were now carrying me out of my bed and over to my desk.

There, I began searching wildly for my video camera. Incredibly I found it, only to rush around trying to find a stable surface on which to set it, and so begin recording the message that was bubbling out from deep within.

But each time I steadied the camera (on a chair or on the bed or par terre) it tipped and fell over.

Va dehors... I continued to follow the curious inner-urging, which led me down the dirt path opposite the leafy potager, past the clothesline, and over to the cabanon.

Along the way, I picked up a plastic laundry basket, already calculating the height at which I would need to place the camera. I automatically grabbed a picnic chair, in passing.

Now facing the stone wall of the shed, the camera steadied on the laundry basket, which teetered over the chair, I quickly hit "record"....

Next I hurried around to the other side of the lens. Smokey followed, until we were both posed before the camera like a couple of animated puppets, brought to life by the artist behind the scene.

After only one take, the recording was a relative success (not counting the lost footage, when the camera ran out of space), so much so that Smokey and I began to entertain visions of the next Cannes film festival, where we fancied ourselves strolling the red carpet with the likes of Jean Dujardin.

Not wasting a moment, Smokey and I set out to top our first recording. Cannes here we come! Only this time, when the camera began rolling, calamity struck.

The puppets petered out!

And so it was that, without the great puppet master, Inspiration, the two self-appointed starlets hung heavy from the strings that once supported them.

Across the path, over on the clothesline, the laundry hung in much the same way. And so I got up and went to collect it.

Post note: the question now is, do we wait for inspiration in order to carry out our artistic pursuits?

If I waited for inspiration each time I set out to write, I would not write very many stories (today, for example, was a total no-inspiration day... a day in which I wanted to crawl back under the covers, and rot there).

But my motto has always been "don't wait for inspiration! Keep plugging away! Work past the difficulty." While this advice is good for writing, it may not work for filming—a medium which is much less forgiving. 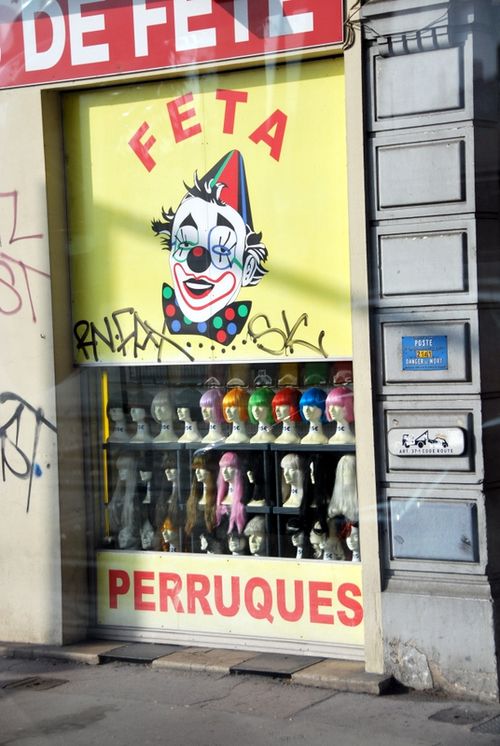 "Maybe next time we should wear wigs?" Smokey suggests.... photo taken in Avignon

NEWS! I am excited to be featured in Ann Mah's Tuesday Night Dinner column. It will be published today, so please check back, via this link, to see if the interview has been posted. You'll learn about what a typical evening mealtime is like here at our place!